One suspect charged, another sought in South Bay slaying

This post has been corrected. See the note at the bottom for details.

The last time Roxanne Fizer saw her son, she handed him his paycheck and he got back into the passenger seat of a black pickup truck. She didn't know the driver but registered his face.

Two hours later on July 29, 2011, Joseph Lewis, 22, was found dead. His body, with multiple upper-body gunshot wounds, was discovered by hikers on a trail in Rancho Palos Verdes, up the hill from San Pedro, the port neighborhood where Fizer raised him.

Five days later, Fizer was presented with a police lineup and immediately recognized one person as the man from the truck. "I looked dead right into his face," Fizer said.

Michael Muns, 25, was charged with murder and is being held on $2 million bail. He is due in Torrance Superior Court on Dec. 10 for a pretrial hearing.

In the time since Fizer identified Muns, detectives found that a cigarette at the crime scene had his DNA on it, according to court documents. Muns’ phone records, which showed him moving from San Pedro toward Rancho Palos Verdes, were also presented as evidence in court.

During court proceedings, Det. Tim O'Quinn of the Los Angeles County Sheriff's Department testified that three sets of footprints were found on the dirt around Lewis’ body. A murder weapon was never found, and at least one other suspect is being sought, O'Quinn said.

When Muns was booked, his car was packed with luggage, O'Quinn said. Muns, on parole for a gun violation, was a known gang member, according to police. 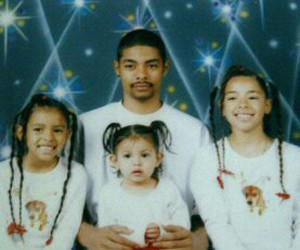 But Muns said he didn’t kill Lewis. "Everyone knows a little bit of something," Muns said, according to court documents. "San Pedro is a small little town and I know the truth, but it wasn’t me."

No motive has been established, leaving Fizer to wonder about the circumstances of her son's death.

When Lewis died, Fizer lost her son, whom she considered her best friend, and his three sisters lost a big brother who would look after them when Fizer worked long hours. Before he died, Lewis was making preparations for the birth of his daughter, who is now 2 and frequently around her grandmother.

Fizer now studies criminal justice at a community college. She has kept in touch with O'Quinn and attended most of Muns' court dates, hoping for a breakthrough.

"I hope one person gets pissed off or something and gives a tip," Fizer said.

[For the Record, Oct. 29, 2013: An earlier version of this post said Roxanne Fizer handed her son’s paycheck to him through the window of a truck. It should have said that her son got out of the vehicle to receive his check.]