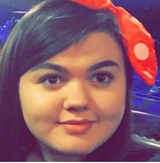 Kristine Carman, a 17-year-old white teenager, was found fatally shot on Wednesday, Jan. 6, in the 4300 block of Glencoe Avenue in Del Rey, according to Los Angeles County coroner's records.

Police responded to a shooting call shortly before 8 p.m. in the Villa Marina Marketplace Mall parking lot, according to a news release from the Los Angeles Police Department.

Officers discovered Carman with a gunshot wound inside a vehicle, and she was pronounced dead at the scene at 7:55 p.m.

Police said that the suspect was described as a black male wearing a gray hoodie and blue beanie. The man was last seen running across the mall parking lot and fled in a dark-colored SUV.