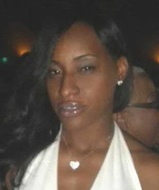 Officers responded to a shooting call about 12:15 a.m., according to an LAPD news release. When police arrived, they found Roby unresponsive with gunshot wounds in the driver’s seat of a parked car. Paramedics were called and she was taken to a hospital where she was pronounced dead.

During the investigation, authorities learned Roby was sitting in the driver’s side of a parked 2011 silver Hyundai Elantra along with a male passenger. According to police,  two black males driving a black 4-door Infiniti sedan drove past the parked car, made a U-turn and pulled next to Roby’s vehicle.

The men then rolled down the passenger window and shot Roby, hitting her several times. The car then sped away from the scene.

Police have not made an arrest in connection with the killing. The motive for the shooting is unknown.

Anyone with information about the death of Kristy Roby is asked to contact 77th area Criminal Gang Homicide Group Det. Richard Guzman at (213) 485-3266. Tipsters who'd like to remain anonymous can call Crime Stoppers at (800) 222-TIPS (8477).

Do you have information to share about the life of Kristy Ann Roby ? The Homicide Report needs your help. Please fill out this form or e-mail us at homicidereport@latimes.com.

Share a memory or thought about Kristy Ann Roby

Hello I am trying yo see if Kristy Roby use to live in Lawton OK?

Kristy, you brought so much sunshine to so many lives, we will never rest until the cowards that did this to you, stand accountable, it's not one day that goes by that I don't think of you, you hated the gang life style, it doesn't seem right, that would be what took you away, I know I will see you again my love,
Michael

Kristy, I am so sorry for what's those cowards did to you, I always tried to protect you, I will never be able to truly rest until your killers are caught, see you in heaven my sweet, I'll love you forever,
Michael

Kristy it's not one day that I don't think about what those cowards did to you, I never thought you would leave this way, my love forever,
Michael

Kristy it's not one day that I don't think about what those cowards did to you, I never thought you would leave this way, my love forever,
Michael

Kristy I love you, it's not one day that I don't think about what those cowards did to you, I never thought you would leave this way, my love always, until we meet again,

Decided to google my sisters name and this was the first article on her. Im in tears now I dont understand who would do such a thing to you , You never was the type to be involve in anything gang related. Your were a nice lovinh caring beautiful big sister & I want you to know I love you. Continue to watch over me & the rest of the family I love you Big sis

To my sweet Cousin Krsity Roby!! i love u and everyday i cry because i miss u and i want u around. U taught me how to be a woman and im going to miss u. Who ever took u away from the family and friends dont know how it feels to lose someone that means so much to people. U are my angle and i love u.I will cry every day until we find u killer.
love u lil cousin
tamika Jones

I have personnaly established a relationship with Kristy through school. I was her instructor at ATI Dallas based campus where she excelled in her studies and became a very popular young lady at our campus. I am truly gonna miss her sweet, loving, beautiful caring energy and miss the the visits with her daughter. She was pregnant when she started school and grew to be a gorgious expectant mother. We are so saddened by her loss but know the Lord in whom she strongly believed in will take even better care of her in the heavens we only can imagine. We all love you Kristy and we will see you in Heaven....

she died in rollin 60's hood

Kristy was a wonderful person,. very caring. I enjoyed the time i got to get to know her while in dental class. Kristy will be missed by all. May you rest in peace kristy. Gone but never forgotten.