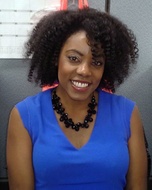 Lajoya McCoy, a 31-year-old black woman, was found dead Tuesday, June 16, in the 200 block of West Cypress Avenue in Monrovia, according to the Los Angeles County Sheriff’s Department.

Family members reported McCoy missing June 15 after she missed some appointments, said Lt. Victor Lewandowski. She had last been seen the week before, he said.

That day, Monrovia police officers went to her apartment in the 800 block of West Olive Avenue, found evidence of foul play and asked the Sheriff’s Department for assistance in investigating her disappearance.

Investigators did an extensive search the following morning and found McCoy’s car on Cypress Avenue, about a mile from her home. The body of a black female was found inside, however, “due to the condition of the remains,” investigators were not able to immediately identify the body, Lewandowski said.

A news release from the Sheriff's Department identified the body as McCoy’s on June 23. The department has restricted information about the case in a so-called security hold, Lewandowski said, so details about McCoy’s autopsy and cause of death are not available.

Anyone with information is asked to contact the Los Angeles County Sheriff’s Department’s Homicide Bureau at (323) 890-5500. Those wishing to remain anonymous can call Crime Stoppers at (800) 222-8477.

Do you have information to share about the life of Lajoya Kamiel McCoy ? The Homicide Report needs your help. Please fill out this form or e-mail us at homicidereport@latimes.com.

Share a memory or thought about Lajoya Kamiel McCoy

@NBCLA #FAMILY #ESTABLISH #LaJoyaMcCoy #Memorial #GoFundMe #Account for her two children, James, 9 & Savannah, 5 who are left behind to mourn their mother.
http://t.co/hrLxMFunJW