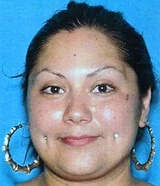 Lakeisha Glendora Lynall, a 32-year-old Latina, was shot and killed Wednesday, March 25 in the 1000 block of West 105th Street in Westmont, according to Los Angeles County coroner’s records.

About 1:15 a.m., Los Angeles County sheriff’s deputies responded to the area and found Lynall in an alley with  a gunshot wound, according to a news release from the department.

Lynall was pronounced dead at the scene at 1:25 a.m., said Ed Winter, assistant chief of investigations for the coroner’s office.

Deputies put a suspect description out on the radio and about 20 minutes later, found a man matching the description in an alley near the 1000 block of South Vermont Avenue , Lt. Victor Lewandowski said.

Deputies recovered a shotgun at the scene, which is believed to have been the weapon used to kill Lynall and was fired at deputies.

Lewandowski said that Lynall and Terrazas had been in a relationship for about four years but did not have any children.

FOR THE RECORD: Lynall was previously identified as a black woman. She is Latina.

Share a memory or thought about Lakeisha Glendora Lynall

LAKEISHA GLENORA LYNALL was a beautiful young lady that had a big heart no, she was not Mexican, Acacia was mixed with Filipino and white, she had a little black in her, but most people loved her. The Keisha was a beautiful child growing up. Lucky show also has a sibling that Daly misses her, she have plenty of
Aunties, uncles, Cousins and nieces and nephews. But the most about her, she loved her animals, no matter what I say, she's always had a good heart for animals, her animals would like her kids. If you new Keisha. You wouldn't know the type of person she was. She would give you the shirt off her back. That. She would make sure that she would feed whoever she wanted to feed. She was just that type of woman that never had any problems with. And how I know, I struggle everyday to deal with the loss of her. She was my first born my beautiful daughter, and for people to sit by and say that. She was Mexican no, she wasn't. I was only 13 when I had her, but I made sure that I gave my all, so my daughter can have everything she wanted in life, yes, it's such a tragedy for what happened to her, I wish people would have spoke up and everything, but unfortunately they didn't, and now it's almost 4 years since she was taken from me, our relationship was mother and daughter first off second, she was my best friend, and I was her best friend, we can always count on each other. But now? She's not here, I can't count on her, I can't call her, but I know she's an angel of God. So remember all the good times you had with her, remember her smile, her laughter. Don't shut the tears like I do. Anyway, rest in heaven, my beautiful angel Lakeisha GLENORA LYNALL you are missed every day. 11/12/1982 till 0325/2015
Love always your mother and your best friend.

I miss my friend sooooo much... I never met a more loving person who cared about life and love the idea of love... We met in high school and her personality reminded me of Brittney Murphy’s character... Not a day goes by that I don’t think about her... I’ll forever keep my purple rose... Sleep Peacefully Keish 😓😘💜🌸💜🌸💜

Was Lakeisha ever in group homes at one point? I feel like I've seen her somewhere but insist frequent that area so I don't know I may have seen her

Lakeisha is my cousin. She was of no Hispanic decent. She was Filipino and Caucasian. Keisha was the life of the party no matter where she went. She loved life and loved hard. She looked at any situation with positivity and saw no wrong in anyone. She always protected me and made sure I was okay at all times. No one deserves to die the way that she did. She was the rock in our family and now she is gone. We love her and will kiss her forever. We are grateful to the LA Sherrif's for stopping her killer and making it impossible for him to get away with yet another senseless crime.