Luis Manuel Maldonado Ortiz, a 45-year-old Latino, was fatally shot Saturday, June 30, in the 6100 block of Palm Avenue in the city of Maywood, in southeast Los Angeles County, according to Los Angeles County coroner's records.

Maldonado Ortiz and his two brothers were in a car outside the apartment complex where they lived when they spotted a neighbor driving recklessly through the parking lot about 6 p.m., said Los Angeles County Sheriff’s Lt. Derrick Alfred.

The brothers, who lived in separate units at the apartment complex,  felt that the neighbor had a history of unsafe driving, Alfred said, so they decided to confront him. 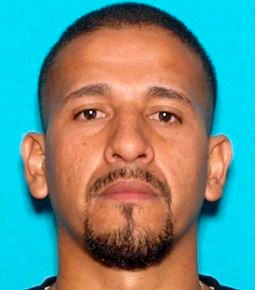 Maldonado Ortiz and his brothers Victor and Marcel got out of their vehicle and approached their 33-year-old neighbor, Victor Manuel Rivas, who was still inside his pickup truck, Alfred said.

“There was some kind of verbal altercation that occurred, and possibly a physical one — we’re still trying to figure that out,” Alfred said. “But sometime during the scuffle, the suspect opened fire inside his car.”

Maldonado Ortiz and his brother Victor were both struck by the gunfire, Alfred said. Maldonado Ortiz was pronounced dead at the scene at 6:16 p.m., according to coroner’s records. The cause of death was listed as a gunshot wound to the head.

Victor was taken to a hospital and is expected to survive, Alfred said. The third brother was uninjured.

Rivas drove away after the shooting, Alfred said. Investigators are still searching for Rivas, who is considered armed and dangerous, Alfred said. The suspect's pickup, a Chevrolet Silverado with a white bed and silver cab, was later found by deputies and impounded.

Maldonado Ortiz was married and had three children, according to his obituary.

Photo: Victor Manuel Rivas, 33, above, is a suspect in the fatal shooting of his Maywood neighbor, Luis Manuel Maldonado Ortiz, on June 30. Photo provided by the Los Angeles County Sheriff's Homicide Bureau.

Share a memory or thought about Luis Manuel Maldonado Ortiz

Luis was a loving husband and father too his children and family, friends. He will be deeply missed. ❤️🙏.