The private investigator told the man on the phone that he could find anybody.

Jason Dawson, 37, hadn't seen his father in more than 30 years. His last memory is of his dad showing up to a Halloween party and giving him a Mickey Mouse watch with a broken band. 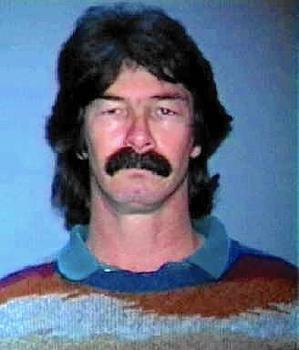 Dawson, who lives in Stevensville, Mont., had always wondered where his father was. He knew a little about the man who had walked away from him when he was a boy. His father had joined the military to become a helicopter mechanic, but it wasn't a good fit.

His cousin told him that his dad liked to drink. After Clarence Dawson's parents died, he came into some money, which he blew. He held several odd jobs after, but eventually ended up "off the grid."

Later that night, Jason Dawson Googled his father's name and found him on The Times' Homicide Report. One sentence, just the bare facts. Dawson reached out, like many others have done during the seven years of the report, and asked for more information about the case.

The request led him to the Los Angeles police detective investigating his father's death.

His father lived in an upstairs apartment in the 200 block of East 5th Street in the Fashion District. On July 5, he got into a fight with his roommate. The apartment was dirty and the roommate wanted it clean, according to police and a coroner's report.

Clarence Dawson, known to friends as "Corky," became enraged and attacked his roommate, according to police. The roommate was accused of stabbing him twice in the chest. He was taken to a hospital where he remained until his death July 22. The district attorney declined to file charges against the roommate.

Jason Dawson was shocked to learn how his father died. But he said he doesn't hold anger toward the roommate, who shared a home with his father on and off for eight years.

"I'd like to talk to him," he said. He'd like to ask the man if Clarence Dawson ever talked about his son. "I think it would be a really interesting conversation."

The toughest part for Jason Dawson was another call he made the day he learned the details of his father's slaying. When he reached the L.A. County coroner's office, Dawson asked where his father's body was. "He's still here," they said, two months after his death.

It made him think about how alone his father must have been to go unclaimed like that. He wondered: Should I have gone down there to help him? Volunteered?

At the apartment building where Clarence Dawson lived and at the Los Angeles Catholic Worker soup kitchen he frequented, people on Thursday morning had no idea he'd been killed.

"We assumed that he was at the vets hospital," said Catherine Morris, who has worked for decades at what is known on the street as the "Hippie Kitchen."

The older Dawson would arrive each morning before the kitchen opened for the day. He'd wait for a delivery of bread and help direct volunteers to where to park.

"He was always very eager," Morris said. "He would do anything we asked outside the kitchen."

She pointed to a table on the garden patio near a tree. Dawson, who walked with a cane, used to hang out at the table with other veterans. It was where workers saw him most at ease. Otherwise, he liked to keep to himself.

"He was animated when he was sitting at that table," said Jeff Dietrich, Morris' husband, who also works at the kitchen.

Jason Dawson has made arrangements to have his father cremated. He plans to release some of his father's ashes in the Southern California ocean. Then, some of the ashes will be brought to Montana.

Dawson said he will spread them at a grassy mountain near his home.

To the writer of this article, thank you for writing this. I live downtown and am alive thankfully and am saddened by these deaths, yet am grateful that you help bring closure for so many people. My heart goes out to all of the deceased.

Jason, I am glad you found your father and can hopefully move on with your life, both his life and yours must have been very hard.

Juan Lopez ~ take cake of #1. You're on your way to being a better father. The thought & desire is a great start. Keep your head up & work hard for your precious baby girl.

Jason,
God bless you, I need to be a better father to my daughter and your story really inspires me, your father reminds me of myself. I need to make my move now....You have so much inner strength your life will always have an angel looking over you.

Nice story. As I read it, I was seeing Corky as I remembered him so many years ago. I had to smile when I read the sentence about how animated he was when he talked, because that is how I remember him!
Jason, your dad had his problems, but he was a good-hearted and kind man, and I'm glad to have known him. I'd put my money on it that he did indeed speak of his son - he would have been so proud of you. It's sad, but I hope you found some closure in having his story told.

Jason, I'm am so proud, that you, found your father. I pray god continues to strengthen you, under the circumstances. When I read your story, it was jaw dropping. "Like what made you research your fathers name, in the Times?". This is an amazing story. I appreciate you, for sharing your story. Blessings to you, and your family.

Jason thank God you now have closure. I pray for you & the relationship that you never had. He is in a better place.

This story was so sad, however, Jason shows a tremendous strength of character and integrity which is not seen very much anymore. I am sure his father would
be proud.

Thank you so much for telling his story! It really means a lot to us!