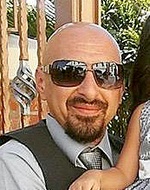 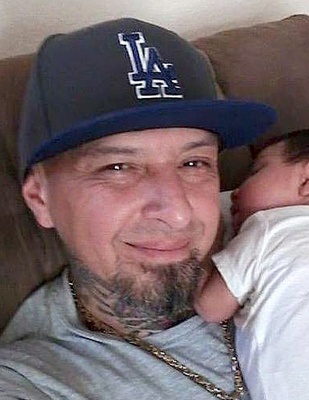 Manuel Eugenio "Manny" Marquez, a 44-year-old Latino, was fatally shot on Wednesday, Oct. 23, in the 1700 block of Artesia Boulevard in Long Beach, according to Los Angeles County Department of Medical Examiner-Coroner records.

Marquez, a father and grandfather from Paramount, had just started working at the Bottoms Up Sports Bar earlier that evening to make money for the holidays, owner Suzanne Blevins said during a telephone interview on Oct. 25.

Shortly after midnight, he was shot during a "miniature mass shooting," as Blevins described it, by a first-time customer who had spent the evening at the bar watching the Lakers basketball game and having friendly conversations with her staff and other patrons.

"This was not gang-related, not a stupid neighborhood fight. It was a man who was angry," said Blevins, who watched the shooting later on surveillance video. "He was African American, but it wasn't racial.  He shot at everybody; he shot at happiness and life. His first shot was at the cook he'd had a good conversation with earlier that evening. The actual words of the police were, 'This is literally a non-provoked shooter who shot at anybody.'"

The cook, the first victim, was able to run out of the bar and was later treated at the hospital for gunshot wounds in his back and arm, Blevins said. Other employees and patrons dove under tables, barricaded themselves in the bathroom or ran out of the bar, according to Blevins and a Long Beach Police news release.

The shooting ended after a Long Beach police officer flagged down by frightened patrons shot into the bar at a man holding a gun, according to the release. "The department believes that the individuals who reported the incident and the quick actions of the officers involved prevented additional casualties during this incident."

Marquez and the suspected gunman, Delfon Garnell Kinney Sr., 48, from Long Beach, were both pronounced dead at the scene.

When SWAT officers entered the bar, they found Kinney lying unresponsive on the ground, holding a firearm, according to the news release.

To add to the confusion, investigators found evidence that Kinney "exchanged gunfire with an unknown patron of the business," according to the release, but have not provided any more details about the third gunman.

Blevins said the surveillance video shows the "good Samaritan" running out of the bar to his vehicle and coming back inside with a gun. That unidentified patron confronted Kinney and shot him once in the chest, Blevins said, then ran back outside when Kinney fell to the ground.

Kinney allegedly had been chasing two customers around a pool table just before the patron shot him, Blevins said. "They were crawling around under the table like animals, trying to get away. But the shot threw him [Kinney] on the floor and allowed the couple he'd been chasing to run outside. It allowed them to save their lives."

There was a lull in the shooting then, Blevins said, and the video shows Marquez coming out from hiding under a sink behind a bar. But then Kinney stood up, spotted Marquez and shot again. "Manny came out at the wrong time," she said. "On the video I saw him shoot Manny and then shoot at people in the bathroom. Then the cops shot him in the chest and took him out."

Marquez was a frequent customer at the bar where his sister had worked for years, Blevins said. Both his sister and Blevins were off that first night he began working.

"He'd lost his day job and with Christmas coming, he wanted extra money for gifts for his children and grandkids," Blevins said. "I told him, 'Why don't you start next week?' but he said no, he really wanted to start that night."

Marquez lived with his girlfriend and was a doting father, grandfather and son who helped support his mother, Blevins said. "He was just a great guy. If everybody had a bit more Manny in them, this world would be a happier, better place."

An online fundraiser has been started to raise money for his family.

The incident has caused Blevins to up her security at the bar. Before, she said, a door man searched everyone who entered after 7 p.m., but Kinney wasn't searched because he'd come in earlier. She didn't like the optics of having armed guards outside the bar, she said, "but starting now I'm going to bring extra security with weapons from an outside security company and they'll search everyone. I don't think about image anymore, just survival."

Blevins said she feels terrible for Kinney's family as well. "I spoke to his sister and his brother, and they're devastated, as puzzled as we are. They said he was going through a divorce, but he was always happy. This guy was a custodian at Downtown Disney for 27 years; he went to church every Sunday and played on a [recreational] baseball team. Nobody understands what happened. The whole thing is just tragic."

Investigators don't have a motive for the shooting, according to the news release. Former Disneyland co-workers described Kinney as a happy friendly person, the Long Beach Post reported, and said they were shocked by the shooting.

Anyone with information is asked to call Long Beach Police Dets. Malcolm Evans and Robert Gonzales at (562) 570-7244. Those wishing to remain anonymous should call Crime Stoppers at 800-222-8477.

Photo: Manuel "Manny" Marquez, holding one of his grandchildren, was killed Oct. 23 on his first day of work at the Bottoms Up Sports Bar in Long Beach. Credit: Family photo.

Do you have information to share about the life of Manuel Eugenio Marquez ? The Homicide Report needs your help. Please fill out this form or e-mail us at homicidereport@latimes.com.

Share a memory or thought about Manuel Eugenio Marquez

Worked with you years ago at MediaOne in Hollywood, bro. It was my very first job and you mentored me through my time there. You were a really, really admirable person. Thank you for everything.

This is so sad. My prayers go to the families of everyone affected.

I'm so sorry for your loss. God's comfort to his family and friends.