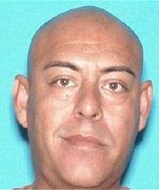 Martin Diaz, a 48-year-old Latino, died of gunshot wounds Wednesday, Nov. 25, after he was shot in the 15900 block  of Foothill Boulevard in Irwindale, according to Los Angeles County coroner's records.

Investigators believe Diaz left his home in Duarte around 4:30 or 5 a.m. and was driving east on Foothill Boulevard to his job when someone shot at his car multiple times from the passenger side, Los Angeles County Sheriff Lt. Joe Mendoza said.

A passerby called Irwindale police about 5:40 a.m. to report that Diaz's blue Honda sedan was stopped in the middle of Foothill Boulevard, about a quarter of a mile west of Irwindale Avenue, with the driver slumped inside.

Diaz was pronounced dead at the scene at 5:58 a.m., according to coroner's records. Aerial footage from KABC Channel 7 shows at least five bullet holes in the front passenger side of the car.

As investigators canvassed the area, they spoke to a man who had been at work near the shooting area. He told investigators he heard gunfire about an hour before Diaz was found, Mendoza said, but no one called in a report before 5:40 a.m.

Sheriff's detectives have determined that the shooter, or shooters, used a handgun, Mendoza said, but otherwise investigators have no information about suspects or the reason behind the shooting.

"We're not ruling anything out, but right now, we have no indication he was targeted," Mendoza said.

Diaz lived alone in Duarte and was going to work "at a retail location" near the shooting site, Mendoza said.

Foothill Boulevard is a busy thoroughfare the runs parallel to the 210 Freeway.  The investigation closed the area to traffic for about 10 hours on the day before Thanskgiving.

Mendoza said investigators are hoping to find someone who may have heard or seen the shooting that morning. Anyone with information is asked to contact the Sheriff's Department Homicide Bureau at (323) 555-8900. Those wishing to remain anonymous should call Crime Stoppers at (800) 222-8477.