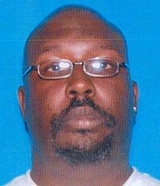 Matthew Sims, a 42-year-old black man, was shot and killed Wednesday, April 9, in the 500 block of West 76th Street in Vermont Knolls, according to Los Angeles County coroner’s records.

Sims was in an alley about 6:45 p.m. when he was approached one or two people, said Los Angeles Police Det. Sal LaBarbera.

Words were exchanged and witnesses told police that they heard more than one gunshot, LaBarbera said.

Do you have information to share about the life of Matthew Sims ? The Homicide Report needs your help. Please fill out this form or e-mail us at homicidereport@latimes.com.

All gang members too. Here's the story.