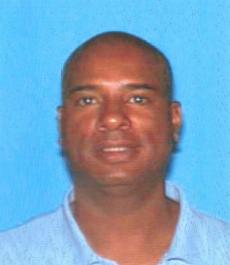 Maurice LeRoy Cox, a 38-year-old black man, was mortally wounded in an officer-involved shooting at about 7:30 p.m. near the intersection of Crenshaw Boulevard and Slauson Avenue in Hyde Park on Saturday, March 1.

The incident began when officers from LAPD's South Traffic Division saw a gray pickup truck speeding south on Crenshaw Boulevard. The pickup truck then crashed into a palm tree. As officers approached the truck, Cox, while reaching for the glove compartment, told officers to "move away or he would kill them," police said. Officers from LAPDs 77th Street and Southwest divisions responded to the site to assist the officers. A perimeter was set up along Slauson Avenue, while Cox remained barricaded inside his truck.

Police gave the following account of what happened next: At about 7:20 p.m., Cox exited his truck and pointed an object appearing to be a weapon at Officer Jose Campos from LAPD's 77th Street Division. Campos fired and Cox ran south and east from his truck. As he ran, Cox continued to point the object at pursuing officers from the northeast corner of Slauson Avenue. More shots were fired, then Cox ran into a bank parking lot, where he was shot and wounded by other officers. Cox was taken by paramedics to California Hospital, where he was declared dead at 8:55 p.m. Police said a cigarette lighter power adapter was recovered at the scene.

Other officers involved in the shooting were Thomas Callian, Osbaldo Ramos, Hector Ramirez and Corey Meisner. All four officers were also from LAPD's 77th Street Division, but it was unclear exactly where each officer was at the time of the shooting.

On the same evening, Alex Alonso from Street Gangs Magazine was at the scene filming the incident. According to Alonso, Cox had been involved in a hit-and-run before crashing into a palm tree. He said officers did not approach the vehicle, but via bullhorn kept instructing Cox to exit his vehicle. Alonso said officers began shooting at Cox after he backpedaled away from them. The shooting increased as Cox continued running from his truck and into the bank parking lot, where he was shot several times. Click here to read Alonso's recount of the incident and to see video footage.

Do you have information to share about the life of Maurice Leroy Cox ? The Homicide Report needs your help. Please fill out this form or e-mail us at homicidereport@latimes.com.

Share a memory or thought about Maurice Leroy Cox

My brother was a compassionate good man who did not deserve to die that way, we are stilll dealing with the pain of it all and the injustice that still plaques the wickedness of the LA pd's action...he was shot 41 times mostly in the back the only thing that was wrong on my brothers part was being black in Los Angeles. The injustice of the LA pd is still a major issue, their moto is shot and ask questions later, I pray God is contending with those that contended with my brother wrongfully In Jesus Name...Amen

This was my uncle. I was very young when this happened and not so aware of how serious this was until I became older. I am 22 now, and wish there was better justice for my mothers brother. RIP Uncle Maurice