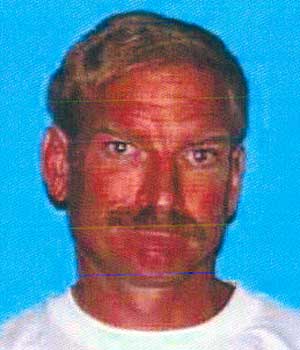 Michael Lee Roberts, a 50-year-old white man died at a hospital Thursday, Jan. 23, after being run over by his wife in an SUV in Sunland, according to Los Angeles County coroner's records.

Roberts and his wife, Mary Meyer, had an ongoing dispute about a real estate property that they shared, said LAPD Det. Anthony Stephenson. On Jan. 5, Roberts was standing in front of a chain link fence leading into the driveway of their residence when Meyer knocked down the fence with her SUV, pinning him under the fence, then drove over him, Stephenson said.

Meyer then crashed into a car further up the driveway and backed up into the fence again, he said. She reversed and ran over him again before parking the vehicle on the street.

Roberts was taken to the hospital where he was diagnosed with severe head trauma and was pronounced dead, according to coroner's records.

Meyer is charged with one count of assault with a deadly weapon injuring a spouse, cohabitant, fiancé, boyfriend, girlfriend or child's parent and one count of murder, according to the Los Angeles County District Attorney’s Office.  She is due in court on Feb. 25 for a pretrial hearing.

Share a memory or thought about Michael Lee Roberts

I am sorry to hear about you father Samantha. I just heard the news from Gaerld S. I am an old friend from 30 years ago in San Diego. Mike was a very nice guy. I will keep him and you in my prayers.

I am so sorry Samantha for the loss of your father; my heart feels your loss. Such a horrible thing for someone to hurt another human being in this manner. I pray that you find peace in your heart and remember your father for the man he was and not for the harm that he suffered. God bless you.

This was my father. He was the smartest man I knew he did so much for me. He treated me like his world and he was always there for me. Even when times were rough he came through for me and never let me down. I miss him so much and there are at least a 100 people in extreme shock over this wonderful man I'm proud to have called my father.