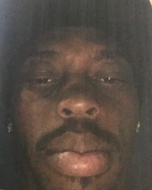 About 9:45 a.m., Stevenson was sitting in a white Lincoln Mark in front of a home when a white SUV drove by and stopped, said Los Angeles Police Det. Nathan Kouri.

A person inside the SUV began shooting at Stevenson, Kouri said.

Stevenson was pronounced dead at the scene at 9:55 a.m., according to coroner's records.

CORRECTION: A previous version of this post identified the victim as Michael Shawn Stevenson. Family members have told the Times that the correct identification is Shaun Michael Stevenson.

Do you have information to share about the life of Shaun Michael Stevenson ? The Homicide Report needs your help. Please fill out this form or e-mail us at homicidereport@latimes.com.

Share a memory or thought about Shaun Michael Stevenson

Green Meadows is still in Watts!