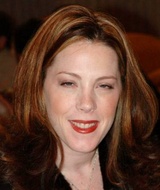 Michelle Ann Kane, a 43-year-old white woman, was stabbed to death by her estranged husband on Saturday, June 15 in the 7100 block of Deveron Ridge Road in West Hills, according to authorities.

Michael Rodney Kane, 46, allegedly forced his way into a home where his estranged wife was staying, stabbed a man in the hand who tried to protect the woman, then chased her down the street and stabbed her, police said.

Neighbors heard the commotion and stepped outside to find the woman mortally wounded.  She was pronounced dead on the street at 7:57 a.m. in the hilly, well-kept neighborhood of mostly 1960s tract homes, many of them occupied by their original owners.

Just hours before the stabbing, she had gone to the Los Angeles Police Department’s Topanga station to report that her husband had vandalized the home they once shared.

Michael Kane, an LAUSD elementary school teacher, fled the scene of the stabbing but was arrested June 17 in San Bernardino County, according to the Los Angeles County district attorney’s office.

Do you have information to share about the life of Michelle Ann Kane ? The Homicide Report needs your help. Please fill out this form or e-mail us at homicidereport@latimes.com.

Share a memory or thought about Michelle Ann Kane

What a piece of worthless scum. Too bad that even if he gets the death sentence, it wont be carried out.