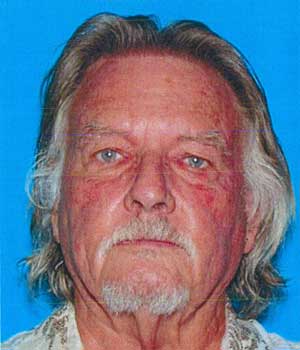 Monty Wayne Barker, a 74-year-old white man, was shot Friday, March 21, in the 5200 block of Mecca Avenue in Tarzana, according to Los Angeles County coroner’s records.

Around 5:10 p.m., officers responded to a call of a man with a gun, according to an LAPD news release.

When officers arrived on the scene, Barker walked from the rear of his Mecca Avenue residence to the front, still carrying a shotgun. He confronted the officers and there was an officer-involved shooting.

Barker, who suffered a gunshot wound to the chest, was transported to a hospital where he was pronounced dead at 6:28 p.m.

The LAPD’s Force Investigation Division responded to the incident and will conduct an investigation of the officer-involved shooting.

Do you have information to share about the life of Monty Wayne Barker ? The Homicide Report needs your help. Please fill out this form or e-mail us at homicidereport@latimes.com.

Share a memory or thought about Monty Wayne Barker

@ nobody,
If you can't figure it out, then keep wondering..

I wonder if anyone can explain why this might be ?