Mother of slain Compton rapper: 'He didn’t mean anything to the shooter, but he meant everything to us'

On a recent Sunday night, the pop of gunfire outside interrupted the blare of the television in Lesley Ivey’s bedroom. The bullets sounded close. Then she heard her 21-year-old son, Branden Davis, screaming.

Ivey ran outside and found her only son in the driveway, his chest rapidly rising and falling. “I can’t breathe,” he told her. 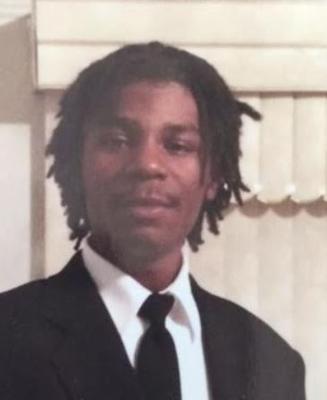 Frantic neighbors gathered around Davis, and her husband, Bill Ivey, leaned over his body, praying. Lesley Ivey stayed calm, thinking everything would be OK. At the hospital, after she was told her 21-year-old son was dead, Ivey was stunned.

“Up until that moment, I had this peace like he was going to be fine,” she said. “So when they told me, it was like a slap in the face. I didn’t expect it.”

Moments before the Aug. 1 shooting in the 500 block of North Sloan Avenue in Compton, Davis had gone outside to take out the trash. At some point, his stepfather spotted him outside, talking to a friend in a vehicle.

Davis was standing in his driveway when a person walked up at about 10:40 p.m., said Los Angeles County sheriff’s Det. Phillip Guzman. Words were exchanged, then multiple rounds were fired, Guzman said.

Investigators are examining surveillance footage. A dark SUV fled from the scene, Guzman said. So far, it’s unclear why Davis was shot.

“He didn’t fit a profile,” Guzman said. “There wasn’t any documentation of him being a gang member.”

Lesley Ivey knew her son as quiet and respectful. In addition to caring for his ailing late grandmother this spring, he also helped his mother through a heart transplant.

“I never had a problem with, ‘Where’s Branden; we can’t find Branden’; he’s gangbanging,” she said.

In the weeks after Davis was killed, Ivey began learning about her son through others’ eyes.

Ivey discovered that her son had recorded more than 1,000 songs and collaborated with a variety of artists. At night, he would lock himself in his room -- and a closet he converted into a do-it-yourself music studio -- and work on his songs.

One day, his mother was sitting in her house and overheard her son in the backyard, rapping. She was shocked. “Is that really Branden?” she wondered. His talent was apparent.

“I couldn’t believe how brilliant he sounded,” she recalled. “He sounded spectacular.”

Davis spent most of his time with a group of close friends. Justin Jones said Davis, who was known by the moniker “Marcel King,” dreamed of making it as an entertainer. He looked up to artists such as Wiz Khalifa and Lil Wayne, friends said.

“He had a dream, and he was pushing toward it,” Jones said. “His dreams were coming true.”

A few days after after the killing, a group gathered outside the Iveys’ home to remember Davis. Over the hum of news trucks parked a few feet from where Davis collapsed, people with solemn faces listened to Lesley Ivey address the crowd.

“He didn’t mean anything to the shooter, but he meant everything to us,” she said.

The group then marched around the block to show, in his mother’s words, that his “life mattered.”

Sitting at a dining table filled with cards, photographs of Davis and bouquets of flowers, Lesley Ivey said she couldn’t believe her son is gone.

“My new transplanted heart is just broken in two,” she said.

Wow, this young man's first and middle name almost matches my dearly departed son's name. My son is named Brandon Marcell..... last name is Roberts. When I saw the similarities, I was shaken, somewhat. I am writing from the state of Maryland; Baltimore , to be exact. My son passed away from the tragic mental condition PTSD. One night he took a gun that we did not know he had and his took his own life; although the circumstances are different, the heartache is still the same.Branden Marcel Davis was a good kid who was talented, and will always be loved; the same is true for my son! It has been six years since my son went to Heaven to be with my Mom and Dad, and there isn't a day that goes by that I don't think of him and talk to him and thank God for letting me have him here with me for 27 wonderful, loving years! I know that the family of Branden Davis feels the same. I hope that the selfish, hateful person that committed this crime is found and punished for the rest of his life, and he had better remember this: God sees everything we do, and he certainly saw what this murderer did. EVEN IF YOU ESCAPE JUSTICE ON EARTH, YOU WO'NT ESCAPE IT ON YOUR WAY OUT!!! YOU'D BETTER TURN YOURSELF IN, IF YOU HAVE'NT ALREADY! THE CHOICE IS YOURS, ONE WAY OR THE OTHER, YOU'RE GOING TO PAY FOR WHAT YOU'VE DONE!!!! To Branden Davis' family: I PROMISE TO KEEP YOU IN MY PRAYERS, MY TRUST IN GOD, AND HIS SON JESUS CHRIST IS THE REASON I AM ALIVE TO WRITE THIS LETTER. THERE IS NOTHING WORSE THAN OUT-LIVING YOUR OWN CHILD, BUT I PROMISE YOU: YOUR BELOVED BABY BOY IS IN SAFE KEEPING AND YOU WILL ONE DAY HUG HIM AGAIN! WHAT A BEAUTIFUL REUNION THAT IS GOING TO BE ! GOD DID NOT SACRIFICE HIS ONLY SON SO THAT WE COULD BE PERMANENTLY SEPARATED FROM OURS ! IT WILL BE TOUGH, BUT STAY SRONG ! I WILL BE KEEPING THE DAVIS FAMILY IN MY PRAYERS! Beverly P. Moses

My prayers go out to the family of this young man who 's life was cut way too short.I too lost my son an aspiring rapper and director December 4 2015.I was there for his first breath at birth and his last breath.this is a pain that isn't easy to shake.I pray to god that the family can find some comfort within each other.god bless.hope those responsible are brought to justice......a grieving father..