Mother's Day for those who have lost children: 'Dealing with it the best way I can' 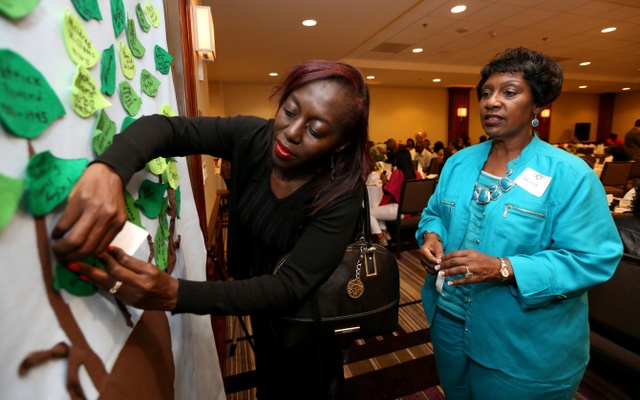 It's been almost three months since Dorothy Hill's son, 39-year-old Kinshasa Jackson, was shot in Watts.

His body was found on the grass of a neighbor's yard in the early morning hours of Feb. 13, and the killing remains unsolved.

This year, Mother's Day will be a reminder of Jackson's absence. But on Saturday, Hill felt as though she wasn't alone. She attended a brunch for women who know what she's going through, women who have also lost sons and daughters.

Hill said when she got the invitation, she was ecstatic. She brought her daughter, Natasha Jackson, to the event, held at a Culver City hotel.

"It's just sometimes about being around people," Hill said. "It helps to keep your mind off the things that would bother you."

Kathy Wooten, a gang intervention worker in Watts, started the annual Mother's Day brunch in May 2008. That January and March, she lost two sons, Branden and Kejuan Bullard, to gang violence.

This year, she said, was the first time people from all three housing developments in Watts attended, a show of unity.

"There's so much animosity and hurt and pain among all three developments because of past issues, past relationships, past retaliation, all types of stuff," she said.

On Saturday, Wooten stood in front of a room of mostly women, and encouraged them to "bring each other up."

Wooten gave out gift baskets with candles and mugs to some of the mothers. There was a comedian and a raffle. There was a "tree of memory" with the names of some of the dead. Some of the women proudly wore buttons with pictures of their loved ones. No seat went empty. 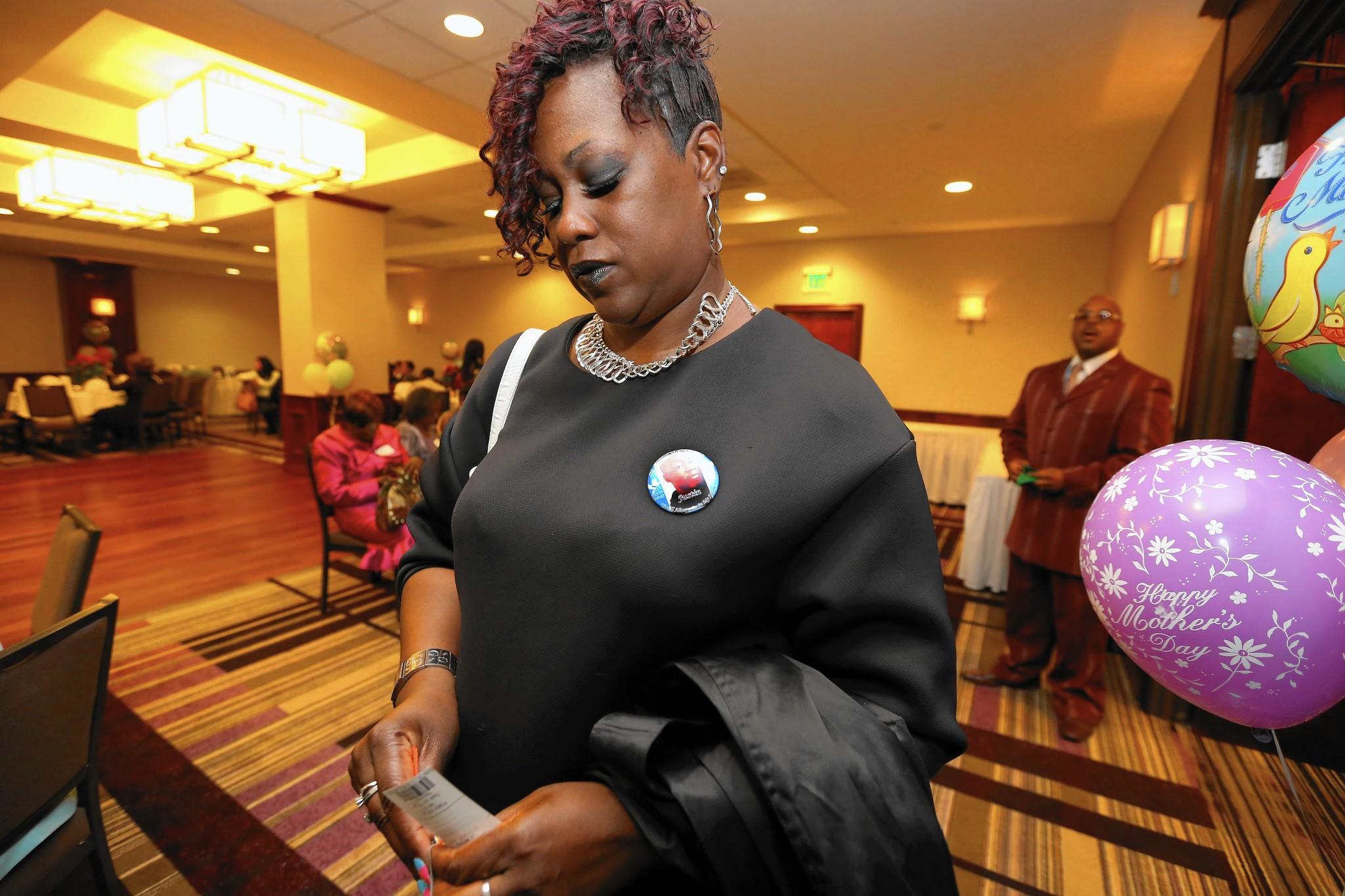 "This is good because this promotes the healing," he told the crowd. "This brings people together."

Kay Phillips, of South L.A., hasn't lost a son or daughter, but has seen friends killed. Recently, her friend James "Bo Pete" Daniels was shot and killed in the Jordan Downs housing development in Watts.

The strength of the women in the room has drawn her to the event for four years.

"It's a really inspiring thing," she said, her eyes welling with tears. Phillips has a 26-year-old son, and she sometimes worries for his safety. "When will it stop?"

Toward the end of the day's event, gift baskets were handed out to the women who had children killed. One by one, the women stood and walked to the front of the room.

And one by one, they each took the microphone and talked of their loss. Some spoke of their sons being murdered by friends and people they trusted. Others spoke of the enduring pain. Photos of loved ones adorned a table in the corner.

It's been almost two months since LaKiesha Marshall's son, Justin Logie, was gunned down in Florence. Police are still looking for his killer. When it came her turn, Marshall stood at the front of the room holding the microphone but could barely say her son's name.

"I'm dealing with it the best way I can," she said, tears streaming down her face.

Like Marshall, Hill said her pain is still fresh. The morning Jackson was killed, she said, she couldn't even put her feet through her pant legs to get dressed.

Her son used to take her out to dinner or to the movies for Mother's Day. But what she will miss most, she said, is Jackson walking through her door to tell her that he loves her.

"This is something I'm going to take to my grave," she said.

The only positive thing that came from me losing my son to suicide is that, now, 20 years later, I can help other mothers understand and live with their pain and provide hope for tomorrow. I learned how to hold on to the good, the funny, and each cherished memory and let God deal with the rest. It wasn't an easy thing to do and I still have my moments, but I have learned how to stop reliving the suicide and dwell in a place that only he and I can go. And, I smile as I hold on. The devil took my son but he can't rob me of my memories!!

Happy Mother's Day to those people who can still visit their Mother.

If your Mother already went into eternity, then have a peaceful reverence for your Mom. You can still visit her resting place.

God Bless you on this Mother's Day.