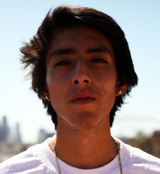 Nick Cubas, a 19-year-old Latino, was pronounced dead of gunshot wounds Thursday, Aug. 4, according to Los Angeles County coroner’s records. His body was found near the 7400 block of East Willow Street in Long Beach.

At about 6:30 a.m., Long Beach police received a call about a dead body, later identified as that of Cubas, near the San Gabriel River.

Ortega and Espinoza were charged with murder and other felonies: two counts of kidnapping as well as one count each of carjacking, robbery, and shooting at an inhabited dwelling.

Adriana Rodriguez, 19, and Jeremy Rincon,19, were also arrested and charged with accessory after the fact.

On Oct. 17, Ortega will be in court for a preliminary hearing. Espinoza is scheduled to be arraigned Sept. 14.

Do you have information to share about the life of Nick Cubas ? The Homicide Report needs your help. Please fill out this form or e-mail us at homicidereport@latimes.com.

I just want to say that I miss you and love you nick. I still remember that day me , you, your mom and your grandma nelly (rip) had that dinner at your house and how I told your grandmother that she reminded me of my grandma and how I wished for her to live many more years and you thanked me so much. I changed my life around ever since you left bro im about to graduate high school. im at school right now typing this. im doing all of this just for you . I love you king cubas.
sincerely, your lil homie jorgi

Today is April 18, 2017
Yesterday was my sweet little son's birthday, I would turned 20.
Eight months have passed and nothing has happened yet, justice is not done to the criminals who killed my son. As there is a court on April 23 and hopefully they will not postpone the date again.
I hope they will be given life imprisonment or the death penalty, because the killed without mercy.
AS YOU KILL IN COLD BLOOD, YOU DESERVE TO DIE,
Since my son died my life totally changed, I had to sold all my things and returned the house I rented, I lived for my son, now my life walks aimlessly, I can no stabilize, only lived in our home him and me, he was my whole life.
They took away what I loved most in this life, my hopes and his dreams, he wanted to be an Businessman, that's why he studied International Business Administration at College Cypress and he always told me that he was going to help and support me. But it was only in dreams not made by the guilt of these assassins.
I ask justice to look at the records since my son was a boy, always with honors in school, since childhood he was very dear to society, friends, family friend's, family, my friends, etc....
If you want to look around out of the life of my son, what he did and made, can contact to me.

Ive known Nick since elementary school, he always had that good vibe going even through the tough times. His laugh was contagious and he always made my day no matter what. Thanks for teaching me how to ollie, love you Nick! xoxo

Nick cubas was one of my closest friends growing up. He'd spend the night at my house all the time so we can wake up together, watch skate videos and then go skate somewhere. When I heard what had happened all of it seemed unreal.