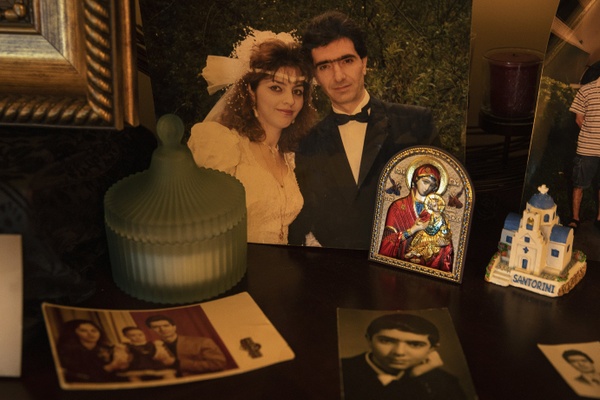 About 6 p.m., Papazyan, a taxi cab driver, picked up a man at Union Station, police said.

The man directed Papazyan to the parking lot of a Burger King, where he was stabbed.

The attacker attempted to leave in the cab, but ended up running away.

Papazyan was pronounced dead at the scene at 6:17 p.m., according to coroner’s records.

Two days later, officers in the area saw a man who matched the suspect's description in the 500 block of North Main Street, police said.

Daniel Torres, a 32-year-old Latino, was interviewed and arrested on suspicion of murder.

Torres has been charged with one count each of murder, first-degree robbery on a transit operator and carjacking, according to the Los Angeles County district attorney’s office.

Papazyan, a cab driver for about 20 years, was married with two adult daughters. He was also a professional musician who played piano at his church.

Columnist Steve Lopez met Papazyan in mid-September and quoted him in November about the new pickup area at Los Angeles International Airport.

When Lopez was informed by readers that Papazyan had been killed, he spent some time with his family.

“It’s not every cab driver you remember, but Papazyan I did,” he wrote.

Photo: A wedding photograph from 1990 of Marina Papazyan and her husband, Oganes, is displayed at the family home in Burbank. Credit: Mel Melcon / Los Angeles Times

Do you have information to share about the life of Oganes Papazyan ? The Homicide Report needs your help. Please fill out this form or e-mail us at homicidereport@latimes.com.

Rip to this man I hope they arrested right the right guy.