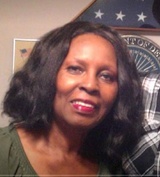 By Angel Jennings and Hailey Branson-Potts

Orsie Lee Carter, a 79-year-old black woman, was found dead Tuesday, May 22, in the 3900 block of South Bronson Avenue in Leimert Park, according to Los Angeles County coroner’s records.

Shortly before 8:30 p.m., a family member found Carter, along with her husband, William Carter, 83, and her son, Phillip Steven White, 65, in the bathroom of White’s home, police said.

All three had been beaten and shot and were pronounced dead at the scene, authorities said.

Jackson reemerged in White’s life about six weeks before the killings. White, known by many as quiet and kindhearted, allowed Jackson to move in temporarily, childhood friend Ralph Tilley said. She had said she planned to move to Las Vegas, but she later refused to leave.

Jackson also had been acting as a caretaker for White, who suffered from multiple sclerosis.

Police think the three victims were killed the night before their bodies were found, after Orsie and William Carter came to visit White.

Nashun Carter, 35, a great-niece of the elderly couple, wept as she stood near the house the day after the discovery. She said her sister had called to tell her the news.

“I was lost for words because they are such good people,” she said. “They are so strong. Believers in God and Jesus. … You would never think nothing like this would ever happen to them.”

“She was amazing,” Carter said of her great-aunt. “Real Christian. Big, big, big faith. When we first moved down here, she took us to church every Sunday, and she made sure we got closer to God.”

Jackson, who has been charged with three counts of murder, is due in court July 11, prosecutors said. She is being held without bail, according to online court records.

Do you have information to share about the life of Orsie Lee Carter ? The Homicide Report needs your help. Please fill out this form or e-mail us at homicidereport@latimes.com.

Share a memory or thought about Orsie Lee Carter