As the 22-year-old owner of an auto mechanic shop, Osvaldo Hernandez seemed to be on the cusp of forging his own path into adulthood.

After high school, Hernandez worked at a car dealership with his father, picking up both the financial and mechanical skills of the trade. In 2018, with his father’s encouragement and support, he then invested in his own business, Ozzie’s Mechanic Shop, based in Canoga Park.

“He was a man that was on his way to be successful,” said Javier Hernandez, Osvaldo's father.

Osvaldo Hernandez was shot and killed shortly before 10 p.m. on Thursday, Dec. 6, in the 7300 block of Vista Del Monte Avenue in Van Nuys, according police.

Moments earlier, Hernandez and a friend had been hanging out in the parking lot of the apartment where Hernandez lived with his family. One or more people walked up and shot at them multiple times before running away, said Los Angeles Valley Bureau homicide Det. Dave Peteque.

Both victims were taken to a hospital, where Hernandez was pronounced dead at 10:16 p.m., according to coroner’s records. His friend, a 22-year-old man, was in serious but stable condition.

Police are still trying to determine why the two were shot. 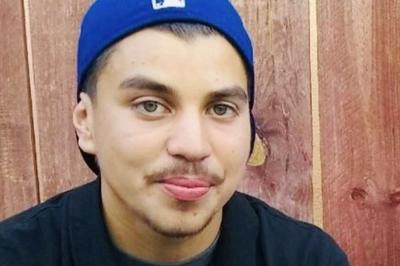 Family members described Hernandez as a responsible man who was saving his money to try to buy a house someday. His father proudly said that his son had $25,000 in savings and owned two cars. Besides running his auto repair shop, he also worked part-time delivering oil to other shops. He also went to the gym often and liked hiking and skateboarding.

“He was full of life,” said Aldo Hernandez, Osvaldo’s older brother. “He was not content to just be in the house and sit down and watch TV.”

Osvaldo left behind two other younger siblings, a 12-year-old brother and a 16-year-old sister.

“He also was aware that if something happened to my father or my mother, he had to take care of my sister and brother,” Aldo said. “He knew that he had to be the man of the house. He knew we were preparing him, my father more than anyone.”

I'm sorry for your loss.
He sounded like a hard working young man.
I hope his killer is located.