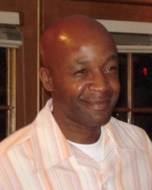 Philip Osby, a 59-year-old black man, was shot and killed Tuesday, Sept. 12, in the 2600 block of West Vernon Avenue in Leimert Park, according to Los Angeles County coroner’s records.

Osby was in an alley near his car about 2 a.m. when he was shot, Los Angeles Police Det. Dave Garrido said.

It’s unclear why Osby was in the area, or what he was doing near his car, Garrido said.

Osby was pronounced dead at the scene at 6:06 a.m., according to coroner’s records.

Police think that Osby’s car, a 2016 black Hyundai Accent, was stolen during the shooting. The vehicle’s license plate number is 7TYD871, and it had paper plates with the letters “WIN.”

There may have been an Uber sticker on the front and rear windows of the car, although Osby hadn’t driven for the company recently because his account was suspended, police said.

A motive for the shooting is unknown, and police are looking for witnesses.

Do you have information to share about the life of Philip Osby ? The Homicide Report needs your help. Please fill out this form or e-mail us at homicidereport@latimes.com.