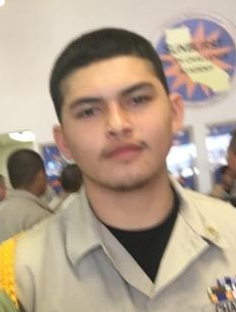 Raemond Jarrod De Leon Santos, a 19-year-old Latino, was shot and killed Wednesday, Sept. 30, in the 1200 block of Drumm Avenue in Wilmington, according to Los Angeles County coroner’s records.

Shortly before 2 a.m., Santos was sitting in the driver’s side of his gray Honda Accord with a cousin when another vehicle stopped nearby, said Los Angeles police Det. Dave Cortez. A person got out of the car and began shooting at Santos and the other man through the driver's side window.

Santos was pronounced dead at the scene at 3:06 a.m. His cousin, Jesse Meza, 18, died at a hospital.

Santos had been visiting Meza, who lived in the area.

Cortez said he believes Santos and Meza were “misidentified” as gang members.