$20,000 reward offered for leads in shooting of student-athlete from Monterey Park 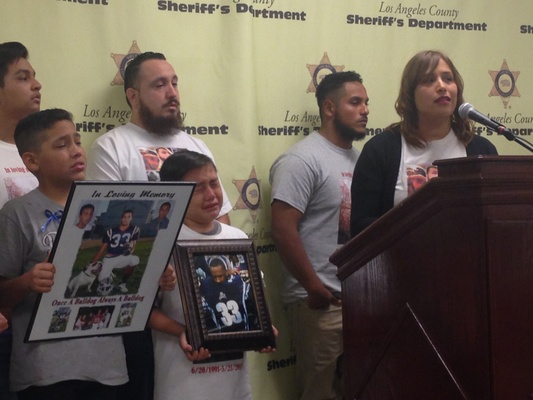 Gabriel Soto’s contagious laughter used to travel through the walls of his Monterey Park home. For his sister, that hearty chuckle now resonates only in her mind.

“You miss the little things when you lose someone, and that’s one of the main ways how I knew him,” Vanessa Cornejo said Wednesday. “He was my little goofball.”

On May 25, 2013, Soto, 21, and his friends were at a garage party in the 600 block of South McDonnell Avenue in unincorporated East Los Angeles, when a man with a handgun walked in through the front gate and fired several rounds, authorities said.

A previous version of this article stated South McDonald Avenue as the location of Gabriel Soto's shooting. The shooting was on South McDonnell Avenue. Also Vanessa Cornejo's name was misspelled at Vanessa Corenjo.

Soto and another man were injured in the shooting.

Soto was taken to a hospital, where he was pronounced dead. The second person was treated and released, according to the Los Angeles County Sheriff’s Department.

“That killer took my brother. He had dreams. A future. And a lot things set up to take him there,” Cornejo said. “Justice may not bring him back, but it will help us move on with his memory.”

Cornejo stood with her family, Sheriff Jim McDonnell and detectives at a news conference Wednesday in the Hall of Justice downtown to announce a $20,000 reward for information to help find the suspect.

McDonnell said the detectives have followed all possible leads in the investigation and are turning to the community for assistance. Investigators believe the suspect is 5 feet 7, weighs about 150 pounds and has long, dark hair.

At the news conference, Cornejo stifled tears as she gave a short eulogy of her brother. Elias, her 8-year-old son, held up a picture of his uncle. 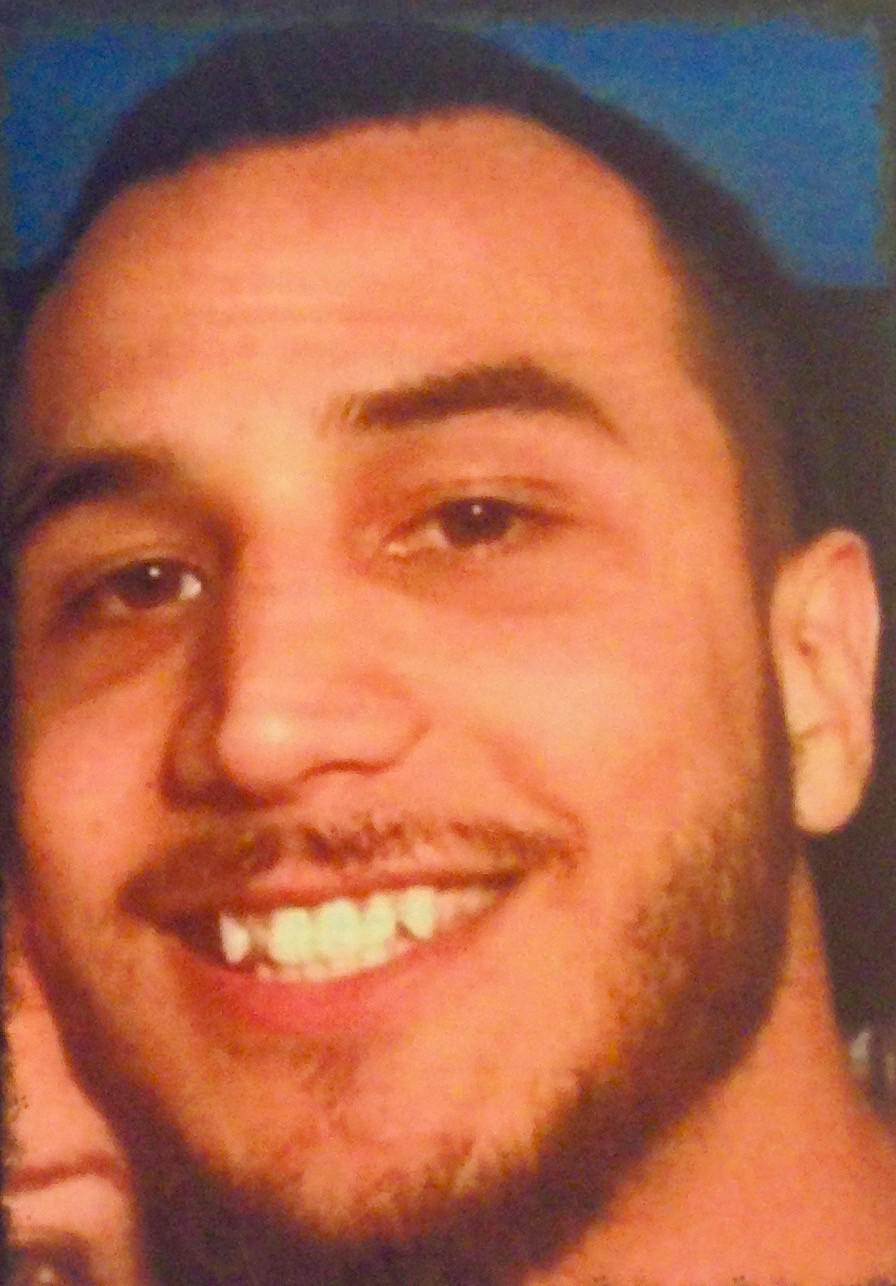 Soto graduated in 2009 from Garfield High in East L.A., where he played middle linebacker on the Bulldogs football team. He received an athletic scholarship to Humboldt State University, where he attended briefly before transferring to East Los Angeles College.

“He made a real effort to foster a community on our team,” Cain said after the news conference. “Those boys had many reasons to butt heads just by being from rival neighborhoods.”

“But Soto really cared for them, and they will never know how much they benefited from his effort.”

In 2013, Soto attended Lincoln University in Missouri on an athletic scholarship. He was killed before he could complete a degree in electrical engineering. The football team took turns wearing his number, 33, and Cornejo said the university plans to honor Soto with an honorary degree this spring.

Cornejo said her brother had often expressed a desire to play professional football, but she was skeptical.

“I remember when I told him that he needed a practical plan, and he just gave me this look like I was crazy,” Cornejo said. “And then I saw him getting scholarships to play football for different schools.

Anyone with information about the shooting is asked to call the Sheriff’s Department’s Homicide Bureau at (323) 890-5500. Those wishing to remain anonymous should call Crime Stoppers at (800) 222-8477.