Reward offered for fatal shooting of entertainment industry exec in 2014

The city of Los Angeles is offering a $50,000 reward for information about the 2014 fatal shooting of businessman Suren “Chris” Donoyan, 53, in his upscale North Hollywood apartment.

Donoyan’s decomposed body was found Nov. 25, 2014, with a single gunshot wound to the head.

Los Angeles Police Department investigators initially weren’t sure if Donoyan's death was a homicide or suicide, said Det. Steve Castro. However, detectives later determined that one or more people entered his residence in the NoHo 14 apartment complex on Nov. 20 and shot him between 2:15 and 2:45 p.m.

No one reported hearing a gunshot, Castro said, and it was during a time of day when most people weren't home. Donoyan lived near the top of the apartment complex at 5440 Tujunga Ave., the detective said, and nearby traffic noise could have muffled the shot. 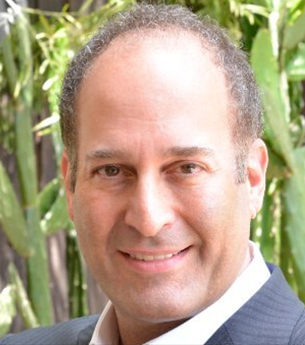 A gun was not found at the apartment, which helped police rule out the possibility of suicide, Castro said. Investigators don’t have a motive for the killing, and there is no indication of a robbery.

Donoyan lived alone, had no children and had never been married, Castro said. His only family, his mother and brother, live elsewhere in Los Angeles.

"He kept to himself, but the people he considered as friends spoke very highly of him," Castro said.  "They said he was very, very smart and people would go to him for advice, especially in the technology field. He was always helpful and reaching out, which is why this is so bothersome to his friends and associates."

The dearth of clues is why the city is offering the reward, he said. Police held a news conference to announce the reward June 4 at the North Hollywood Police Station.

"This is probably one of the toughest cases I've ever had," Castro said. "Usually when you do an investigation like this you come up with some potential leads, but in this case, we can't pinpoint anything. We're urging anyone who thinks they have even the faintest information to pass it along. Anything they know of Chris Donoyan, please let us know."

On his LinkedIn page, Donoyan is described as the president of Echelon Artists Agency, “a Los Angeles based talent management company,” since April 2009. Before that, he was listed as president and CTO of Homerun Media for 10 years.

Castro said Donoyan had sold his talent business shortly before his death and was looking for work in the technology field.

Donoyan’s IMDb biography and resume notes that he grew up in Hollywood, attended the University of La Verne and received an Emmy Award for outstanding achievement in engineering development in 1980 “for the development and implementation of digital techniques for the production of video special effects.”

Donoyan was also a licensed pilot who flew a Cessna in his spare time. In 2013, he was included in the Federal Aviation Administration’s Airmen Certification Database for certified pilots who have met or exceeded the ducational, licensing and medical standard established by the FAA.

The reward is being offered for information that leads to the arrest and conviction of the suspect or suspects responsible for killing Donoyan.

Update June 16, 2015: This post has been updated with more information, including details about the crime scene, Donoyan's life and residence, and quotes from LAPD Det. Steve Castro.