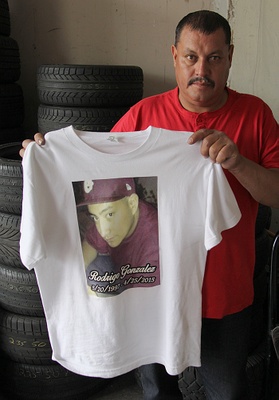 For more than a month now, Los Angeles County Sheriff’s Department homicide investigators have broadcast the names of three suspects in the April 25 firebombing that destroyed a South El Monte tire shop, killing the owner’s son and two of his friends who were sleeping inside.

But after no response, the city of South El Monte and the Los Angeles County Board of Supervisors announced Thursday that they are offering a combined reward of $30,000 to encourage information that will lead to the arrest and conviction of suspects German Monrreal, 19; Mario Godina, 19, and Estavan Castillo, 20.

“We think it’s worth a try to catch these individuals,” South El Monte Mayor Louie Aguiñaga said after the news conference at City Hall. “We want people to know we take this very seriously, and we don’t want anything like this to ever happen again.”

Photos, candles and other memorial items line the front of the burned-out shop, a block from this industrial city's modern civic center.

Gonzalez worked at the tire shop owned by his father, Ezequiel “Cheque” Gonzalez, and had hosted a party for his friend, Jimenez, who was turning 18 in a couple of days. When the party was over, the three friends locked themselves inside the grounds, surrounded by a concrete block wall and chain link fence, and and slept inside the shop. 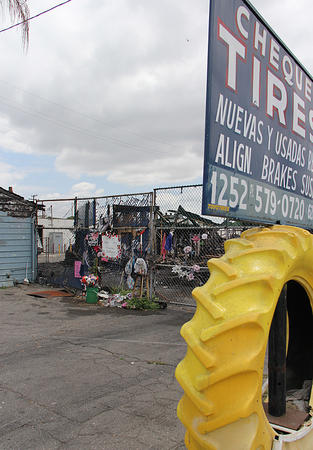 Sheriff’s Lt. Victor Lewandowski told The Times that the four suspects had attended the party, left and then returned with Molotov cocktails. Video surveillance footage taken from a neighboring business shows the four walking near the tire shop with a fifth person of interest, whom investigators know only as George.

Rodrigo Gonzalez tried unsuccessfully to escape through the padlocked gate, even as his clothes were on fire. One Los Angeles County firefighter was burned trying to help him, but the firefighters were unable to reach him before he died.

Firefighters found the burned bodies of Aguirre and Jimenez in the ashes of the shop later that day.

The arson has been traumatic to the community of 22,000, many of whom were regular customers of Cheque Tires, Aguiñaga said. The firefighters who had to watch Gonzalez die quietly attended the news conference Thursday, along with the fire chief, Supervisor Hilda Solis, South El Monte city officials and family members of the victims, some of whom work for the city.

“We take it personally when something like this happens in our city,” the mayor said. “We want justice for all the families.”

Aguiñaga said the suspects were from Baldwin Park. Family members of the victims say they didn’t know the suspects, and it’s not clear why they had attended the party.

Investigators don’t believe the fire was gang-related. Lewandowski said he couldn't provide many details, except that there was some kind of confrontation at the party.

"When you throw a Molotov cocktail into a business like that, an automotive tire shop with all kinds of accelerants,  it makes a very bad, intense fire," he said. "I can tell you our investigators are working tirelessly on this, hoping for that one piece of information that will reveal their whereabouts."

Ezequiel "Cheque" Gonzalez now operates a much smaller tire shop next door to his burned-out business. He said he was in Mexico when he got the word that he had lost his son and the business he had built over the last 10 years.

Rodrigo was one of his four sons, and helped regularly in the tire store, he said, but his passion was riding and raising horses.

“He knew everything about horses, everything,” he said.  "He was a nice boy and a good son." 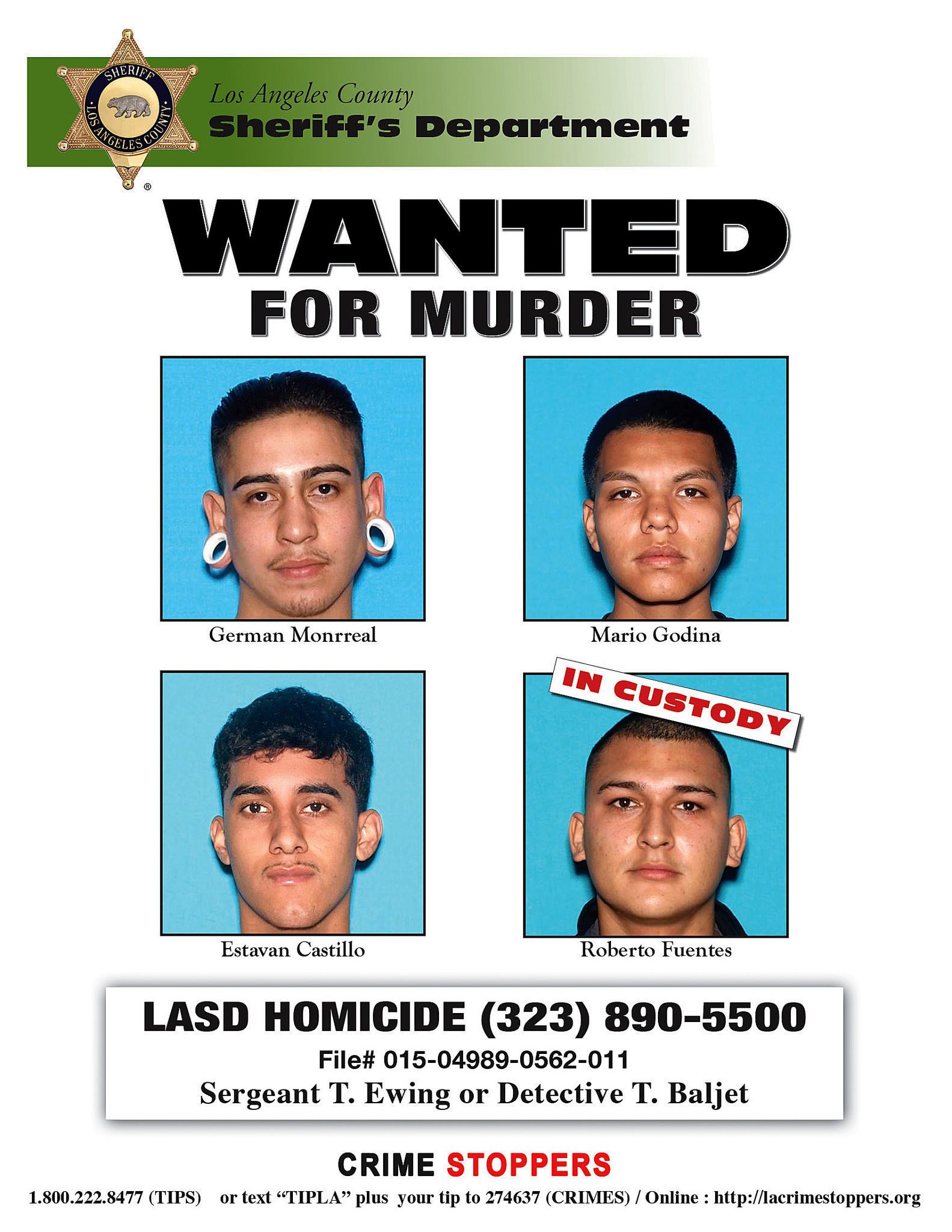 Destiny Aguirre was just two months shy of graduating from high school in Azusa, said her mother, Lena Aguirre. She was doing independent study, so she could study and take care of her two daughters. One is 3; the youngest has her first birthday on Friday.

“She was such a good mother, always putting other people first,” Aguirre said. “Last year we were celebrating her having her daughter, and now ... now it’s just awful.”

Mary Aguirre, Destiny's grandmother, says her two jobs as a school crossing guard and warehouse security guard help distract her from her grief, but on weekends, it’s much harder. "I go to the cemetery every Sunday, and sometimes on Saturdays too," she said.

She is hopeful the reward will help bring the families some peace.

“It isn’t acceptable to go destroy property and destroy people’s lives,” she said. “Now my daughter is in pain every day, and my great granddaughters will have to live without their mom. Nothing will bring my granddaughter back, but they need to pay for what they did.”