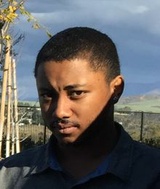 Richard Williams, a 24-year-old black man, was shot and killed Sunday, May 15, near South Wilmington Avenue and West Caldwell Street in Compton, according to Los Angeles County coroner’s records.

Shortly before 9 p.m., Williams and two others were inside a car that was pulling out of a gas station parking lot when a gunman on the sidewalk opened fire, according to a news release from the Los Angeles County Sheriff’s Department.

The gunman got into a white pickup truck and drove away.

Responding deputies found three people, two of whom had been wounded by the gunfire. The third occupant of the car was uninjured.

Williams was found inside the vehicle. He died at the scene. Boston Farley, 23, was found outside the vehicle and was taken to a hospital where he was pronounced dead, according to coroner’s records.

Williams, one of four people shot and killed in Compton that weekend, was the father of a young child. His family has set up a GoFundMe page for assistance with expenses.