Each Sunday, Robert Hollis sent a text message to his friend Bridgette McDaniels, a waitress at Tal's Cafe, to let her know he'd be there right after church.

By afternoon, the lanky 75-year-old would saunter into the small diner on Florence Avenue in Hyde Park, a white cane with a red tip in his hand.

Hollis had gone partially blind in recent years. If there wasn't a seat at the counter, patrons would give theirs up for the man known as Mr. Bojangles. Others would help him fix his coffee: four packets of sugar and French vanilla creamer. 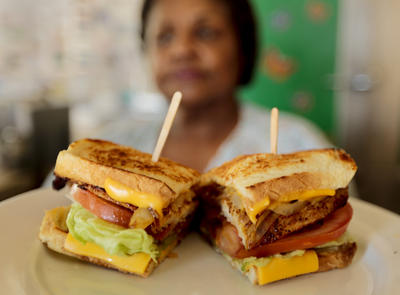 His order would usually be waiting for him.

The "Bo," a grilled chicken sandwich with sauteed onions and American cheese, was named for him.

Last Sunday, McDaniels didn't receive a text. She found herself looking at her phone, waiting for it to buzz, even though she knew it would not.

Three days earlier, Hollis had been found decapitated inside his Inglewood apartment. Police have released few details about the investigation, and Inglewood Mayor James T. Butts Jr. has said he will introduce a $50,000 reward for information on the killing this week.

Hollis' gruesome death has stunned his family, including his six children. His ex-wife, who remains a good friend, said she can't imagine who would want to hurt Hollis. He was a singer in various church choirs, a sign maker and former South L.A. car pinstriper.

"People knew his name and they knew him for years and years," said Norma Hollis, who was married to Robert Hollis for more than a decade. 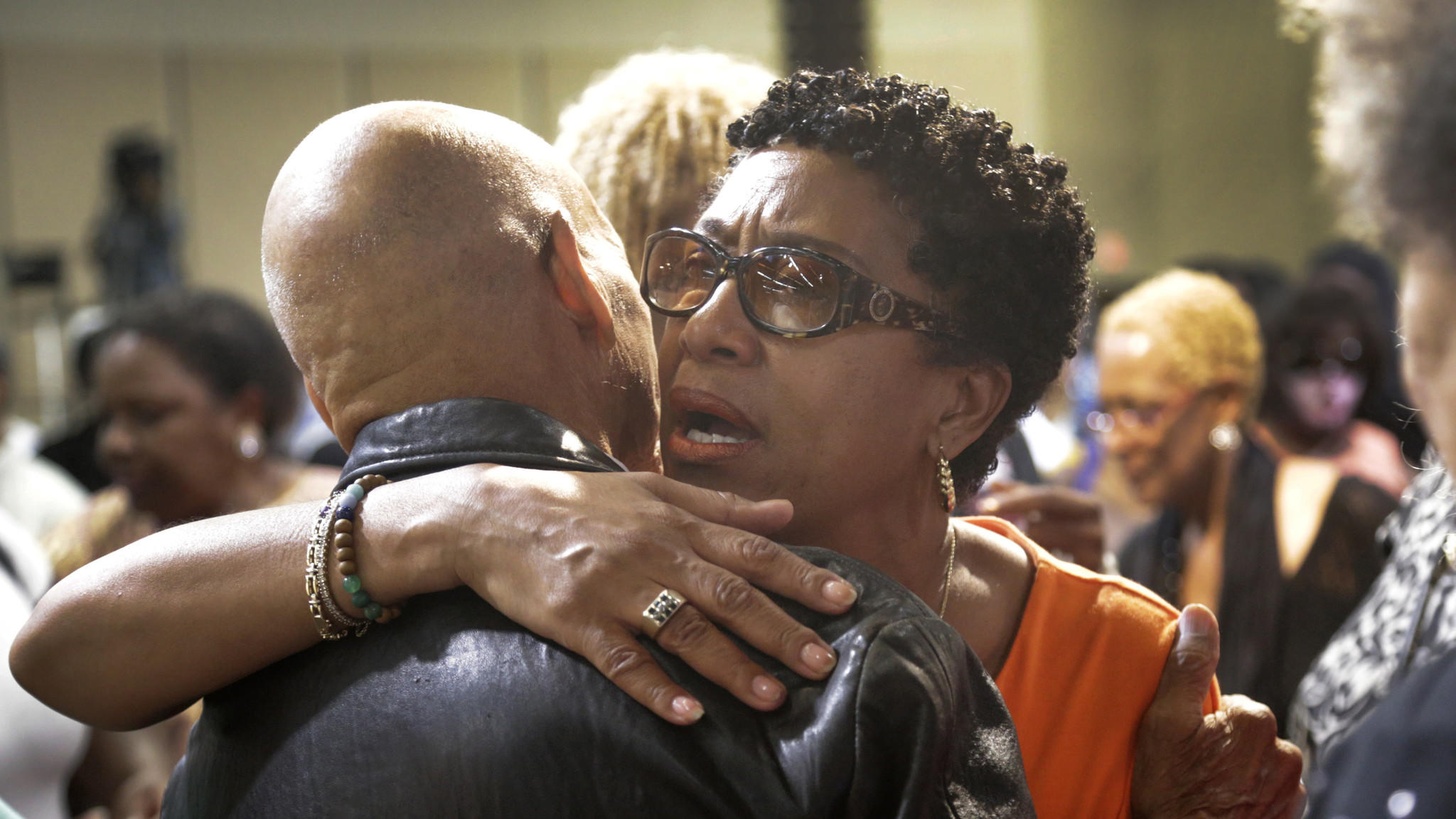 When they first met, she said, he had a van with a couch in the back. The two would ride around Los Angeles and hang out in the back of the van. Mr. Bojangles was always recognized.

"He was just that popular on the streets of Los Angeles," she said.

Robert Hollis' legacy is tied to Tal's Diner. He painted the signs on the outside of the diner. He made the signs on the inside. And when he met Norma back in 1984, the two had their first date at Tal's.

At Tal's all the regulars have their own coffee mugs. Hollis', a black Starbucks mug, is put away on top of the refrigerator so no one else can drink out of it.

On Thursday morning, Mac Johnson sat in the corner of the restaurant wearing a brown cowboy hat, sipping coffee from a mug that read "Old Guys Rule." He often makes the drive from the Antelope Valley.

Johnson doesn't come for the food. He loves the people he has met.

The last Sunday Hollis was in the restaurant, Johnson took a seat next to him and the two caught up. Hollis often talked of his goal to live to be 100. That afternoon, Hollis said that "life is fantastic."

When Johnson heard what happened to Hollis, he couldn't make sense of it. 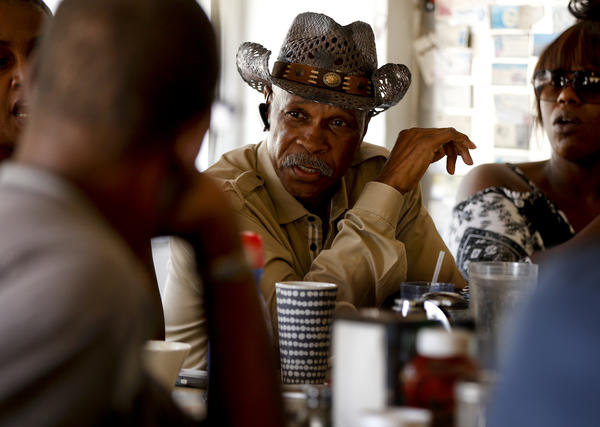 McDaniels recalled the time years ago when she got a new white Kia truck and talked to Hollis about how to personalize it. Then Hollis finished eating and left.

When McDaniels finished her waitressing shift, she found her truck newly decorated. In black cursive, Hollis had placed a simple "Ms. Mac" on both sides.

"We loved him, we cared about him," McDaniels said. "He wasn't just somebody who stopped through and just ate."

I don't know the victim, but from this story, it is so clear how many lives he touched. I wish I had had the honor of meeting him.

I am so very sorry to his family, children, former wife, the diners that ate with him, his loyal server and all that so clearly loved him.

I thank you for sharing his story. I'm going to approach new days a little differently and will think of his desire to turn 100, for his happiness and for the kind things he did for others. We can all learn something from such a great man.

MUCH LOVE to all who knew him. And prayers for his journey. RIP. God showed up and chose the best to bring home. He lives in all of your souls and spirits, never to b forgotten.

Robert Hollis was my Father, Bojangles was my mentor and friend, but most of all he was my DAD, and i miss him so much...

We may feel alone, and wonder if anyone even knows that we are still alive. But people around us, know us, and miss us when they don't see us! And, God, especially, loves us and wants to take care of us, and Jesus died for us so that we could live with Him forever if we would only give our lives to Him :)

Bojangles was my friend and a sweetheart of a man. I cried for days when I heard about this. Rest In Peace Bonangles.

My heart goes out to the family and friends of this generous, kind,peaceful man. May he rest in PARADISE.

I can not imagine how difficult it is to deal with the senseless and horrific details of his death but then to know the 'animal' that murdered him is still out there and possibly in possession of his head. I hope they hurry to bring the 'animal' responsible to justice. The 'streets' talk and someone is going to help the police solve this.

To family and friends, may your FAITH be a blanket of comfort . From GOD we came and to HIM we return. Robert will be missed but not forgotten.

This just breaks my heart. We lost our long time doorman earlier this year & although the circumstances were very different, our building really struggled to come to terms with it as well. We saw him daily for years & our building is so close knit, it was much like the death of a family member.

My heart goes out to Bo's family & friends. I can't imagine how awful it must be to have to cope, not only with his death, but such a senseless killing that never should have/never needed to happen. My thoughts & prayers are with you all.

It's sad today, nobody is respected and nothing is respected. Young people feel that a life has no value and they'll kill someone out of boredom. Why, lack of fear, there's nothing to be afraid of, jail, nope, they've got "friends" there. Being shot, nope, it's a badge of courage to be memorialized on T-Shirts and rear car windows. I'm 54, not that old, and I don't see things getting any better, not as long as parents leave discipline to the schools and there seems to be no real accountability for their actions. Mr. Hollis sounds like a man everyone would be fortunate to know and emulate. RIP