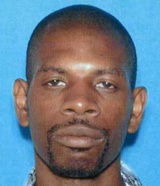 Rudy Hendley, a 35-year-old black man, was shot and killed Saturday, Dec. 20, in the 1900 block of East 110th Street in Watts, according to Los Angeles County coroner’s records.

Hendley was found with gunshot wounds on a sidewalk in front of a market, Stark said. Detectives believe that a person walked up to Hendley and shot him.

He was taken to a hospital, where he was pronounced dead at 12:38 a.m., according to coroner’s records.

“We’re really trying to sort out what the motive might have been,” Stark said.

He was mentioned in a LA Times article from 1998.