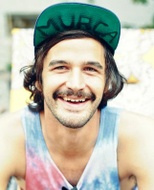 Ryan Mitchell Anderson, a 29-year-old white man, was fatally shot Sunday, Aug. 10, in the 2800 block of East Third Street in Long Beach, according to coroner’s records.

Shortly after 3 a.m., officers from the Long Beach Police Department were called to a home regarding a burglary in progress.

Before officers got there, a caller said that a man had been shot inside the house, according to a news release from the Long Beach Police Department.

Officers arrived to find Anderson with gunshot wounds. Paramedics pronounced Anderson dead at 3:22 a.m. at the scene, according to coroner’s records.

Police said they interviewed residents, witnesses and neighbors and determined that Anderson jumped a wall to get into the backyard of the home. He then allegedly broke a window and had property belonging to the homeowner on him when he was shot.

Anderson’s friends said the break-in did not reflect the person they knew. Some believed that Anderson was drunk and mistakenly entered the home.

“None of us can understand or fathom why he would attempt to break into a house to steal,” said Jay Diebel, 29, a close friend. “I think the only way people can make any sense of this is by believing that he was there by mistake.”

Taylor Bro, 33, said he became close friends with Anderson when he moved from Seattle to Long Beach about five years ago. He described Anderson as a talented artist, photographer, videographer and musician. He also liked to build things. Recently, he had built a picnic table for his girlfriend.

Residents in the area had mixed reactions to the shooting. Police said that Anderson was not believed to have been involved in a rash of break-ins in the area.

“I think it’s sad it had to come to that, to a shooting,” said James Farren, 36. “But you have to protect your family and possessions.”

Do you have information to share about the life of Ryan Mitchell Anderson ? The Homicide Report needs your help. Please fill out this form or e-mail us at homicidereport@latimes.com.

Share a memory or thought about Ryan Mitchell Anderson

We all have the right to protect our property and our family, we are not going to ask a burglar if he is armed or drunk.

>“I think it’s sad it had to come to that, to a shooting,” said James Farren, 36. “But you have to protect your family and possessions.”

I think it's sad people would kill someone over property. What could he really have been holding? An Xbox? Is that really worth someone's life?

Homeowner has a right to protect himself and family. Said he was drunk when he broke in, that is no excuse.