"She lived her dreams through us"—$35,000 reward for gunman who killed beloved mother and wife 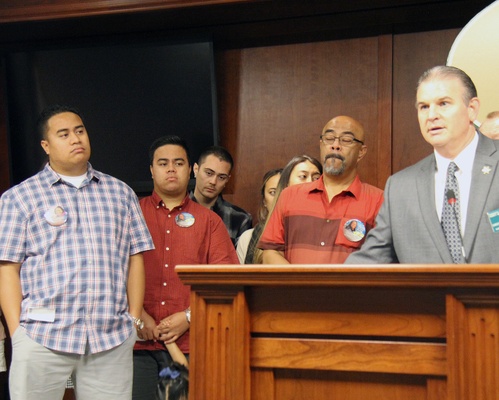 There were so many family milestones coming up in Tauvaaga Lauvai's life. The 53-year-old who went by the name Judy was planning the weddings of two sons, her youngest boy was soon to graduate from college and she couldn't wait to help her only grandchild buy a backpack and lunchbox for her first day of school, her husband said.

But those plans came to a terrifying and chaotic end on June 16. That evening, she was gunned down outside her in-laws’ Carson home as the family held an early Father’s Day celebration. Family was always her first priority, said her husband, Ray Lauvai, apologizing repeatedly for his tears at a news conference Aug. 10.

The family had gathered for dessert on the front porch when a shooter in a light-colored four-door sedan sprayed gunfire at the home in the 22700 block of Island Avenue. 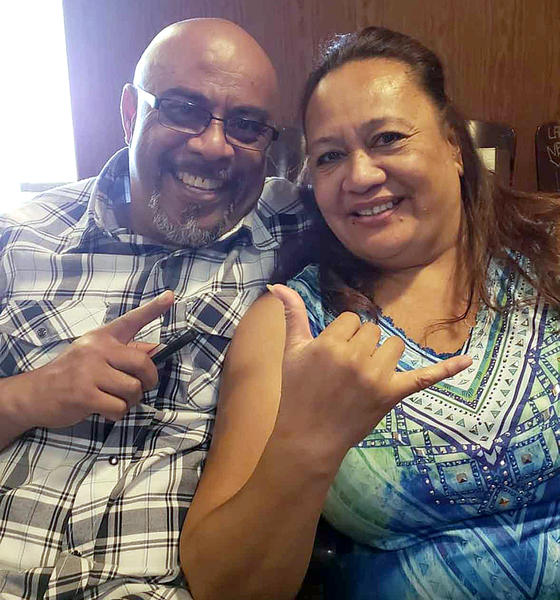 A 27-year-old relative was shot in the leg and survived. But Judy Lauvai was shot in the chest, and despite her husband's CPR and entreaties to stay with him, she was pronounced dead about 30 minutes later at a hospital.

The family never imagined such violence in their neighborhood, Ray Lauvai said. “My parents bought that house in 1963. I have three brothers and two sisters; we were all born and raised there, and there was never a problem until that night.”

No one saw the shooter, who stayed inside the car, said Capt. Christopher Bergner of the Los Angeles County Sheriff’s Department. Video from neighborhood surveillance cameras showed a sedan similar to a four-door Nissan Altima, probably silver- or champagne-colored.

But beyond that, investigators have run out of leads, said Sgt. Ken Perry. Lauvai’s family has no connection with gangs or illegal activities, he said, which leads authorities to believe that “whatever motive the shooter had, it’s very likely they were mistaken about their target,” Perry said.

Investigators announced a $35,000 reward at the news conference in an attempt to find information leading to the arrest and conviction of the shooter. The L.A. County Board of Supervisors is providing $10,000; the remaining $25,000 is being provided by the city of Carson, Lauvai’s home for 35 years.

Judy moved with her family from Samoa to Carson when she was 8. She met her husband at Carson High School. They raised their family there until they moved to Tempe, Ariz., in 2008 and she took a job as an administrative assistant in the technology department of Arizona State University.

She never attended college herself, said her son Ray Jr., but made it a priority for all four of her children to earn university degrees, a goal that will be realized with the graduation of her youngest.

“She lived her dreams through us,” Ray Jr. said. “She was loving, caring, protective ... sometimes a disciplinarian, but her main goal was to put her kids through school.”