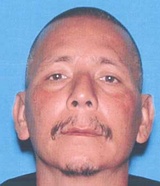 Steven Joseph Ruiz, a 48-year-old Latino, was shot and killed Wednesday, June 25, in the 200 block of South Avenue 19 in Lincoln Heights, according to Los Angeles County coroner’s records.

Ruiz was walking south on South Avenue 19 shortly before 2 p.m. when at least one person walked up to him and opened fire, said Los Angeles Police Det. Jose Ramirez.

Ramirez said it is unknown whether the gunman was on foot or in a vehicle. Ruiz was shot in the back and pronounced dead at the scene at 2:25 p.m.

Share a memory or thought about Steven Joseph Ruiz

Sorry for your loss Kevin.

Yes Mr. Ruiz was from a gang called clover.

Looks don't lie, he may have been retired, but still looked like an ESE, that's all it takes or maybe he's past finally caught up to him.

He was not a gang banger..my co-worker dad and he was minding his own busy..R.I.P. Mr. RUIZ

@Danish42 from his appearance he looks like a gang-banging retired veteran, you'll see a lot of those here and there, they usually standout like this guy. I could be wrong but maybe he was still active.

Shot in the back, this is the worst kind of coward the one that can't face you, what a chicken, be a man confront a person face to face and handle your business fist to fist no weapons, there's no guns in prisons you coward.

So what's the story on this guy? To old to be in a gang. Did somebody have a grudge towards him?