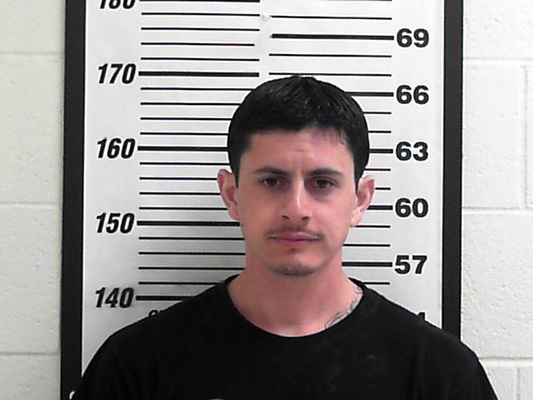 A 27-year-old man who goes by the name "Bones" and was wanted in connection with the killing of a Gardena man was arrested by FBI agents in Utah this week, authorities said.

On Wednesday, the Redondo Beach Police Department received an anonymous tip that a person matching the description of Erick Ortega — a heavily tattooed Latino suspected in the June 2013 slaying of Bobby Darin Reynolds, 38 — was working as a dishwasher at an Italian restaurant in the Salt Lake City area, according to a news release from the department.

Police forwarded the information to the FBI’s Salt Lake City office, and on Thursday about 11 a.m., the agency went to the restaurant. Ortega refused to identify himself and had identification with another person's name.

He was arrested on a federal charge of unlawful flight to avoid prosecution and has been booked into a Utah jail, where he awaits extradition to California.

Redondo Beach police on Tuesday had announced a $10,000 reward for information leading to Ortega's capture.

On June 21, 2013, officers responded to a report of gunfire about 8 p.m. near the intersection of Lilienthal and Ralston lanes in Redondo Beach and found the wounded Reynolds in front of a home. Reynolds, a husband and father who was visiting relatives, was taken to a hospital where he died.

Witnesses said that a gunman ran to a waiting car and sped off.  The car, a Chrysler 300 sedan, was abandoned a few blocks away. Ortega, who has prior arrests for robbery and narcotics offenses, was identified as the car’s registered owner.

Detectives said the shooting was targeted and three days later released a photo of Ortega as a person of interest in the case.

He looks like a coward, hiding behind a gun what a buster.