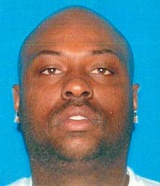 Terry Lonnie Smith, a 34-year-old black man, died Saturday, April 12, after being shot in the 1200 block of West 96th Street in Westmont, according to Los Angeles County coroner’s records.

A group of people were hanging out in front of a house about 5 p.m. on April 5 when a white sedan pulled up and a person inside fired multiple shots, said Sgt. Troy Ewing of the L.A. County Sheriff’s Department.

Smith and a 46-year-old black man were injured. The other man was shot in the arm; he was treated and released, Ewing said.

Smith was taken to a hospital, where he was pronounced dead on April 12 at 1:24 a.m., said Ed Winter, a coroner’s spokesman.

Share a memory or thought about Terry Lonnie Smith

My one and only big brother. One can only imagine how lost I am without you. But Ima keep pushing tho. Even though you're gone I still hear your voice telling me to never give up, that's the PG version LOL... You were the best big brother one could ask for. Everything you taught me will forever stick with me and I'm grateful for that.

i love you and i miss you uncle terry

I remember when you were a little kid on the block then you grew up, got your first lowrider and taught me how to hit the switch.
" Gone but not forgotten"

I can truly say you was a real good MAN in all areas and a True Friend....I was like one of your Rib's always on yo side.... There will NEVER be any one that can take your place in My HEART..... You will always live in My Heart I ♡ you and I'ma miss you so much! ♡Your Best Friend NAY-NIZZLE #Long Live Tee#

Still In Disbelief Terry Lonnie Smith Prayers Out To Terry From Stylistics L.A. And Family Bought My First Hopper From Terry Reached Out To Me When I Got Shot In 04' Beautiful Home Going A lot People There With Heavy Hearts I Pray For Peace In Hope That The Righteous Brothers And Sisters Will Stand Up And Say No More Will You Take Brothers Father Mothers And Sister From Us Over Non Sense Lavell Effectually Named By Tee Throw Back Peaceful Journey

You are truly missed.. Gone but will never be forgotten! In every one heart and soul you will live on. Rest in paradise!

Rip Terry. Praying for your families lost. Those who are close to him loved him dearly. Another black man taken away for nonsense violence. This has to stop. He is in a better place unfortunate for the family having to go through this. But he is.

Gone but not forgotten. That smile will live on and your memory

Just still in disbelief....... You will be truly missed and I thank God that I had the pleasure of knowing and meeting such a truly and wonderful person..

R.I.P TERRY YOU WILL BE MISSED!!! Good man gone too soon

Terry,i can truly say you where a true blessing from GOD, Man T the whole community is still in disbelief of you no longer being here with us .I will continue to fight for peace and true understanding inside of the westmont"death allley"community so that your life would continue to live on forever and that some day i can share what a wonderful SON, BROTHER,FRIEND and most of all FATHER you was!. IT WAS AN HONOR TO KNOW YOU now rest in Paradise or SHOULD i say RIDE that HOGG in Paradise....LOL, ALWAYS BIG TWIN 2014...............