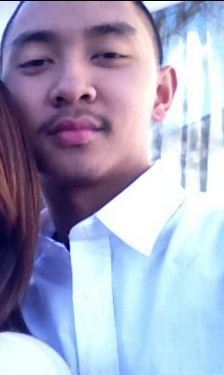 Timothy James Teopaco, a 19-year-old Filipino American, was shot and killed Saturday, July 27, in the 11600 block of South Street in Artesia, according to Los Angeles County coroner’s records.

Teopaco’s friends were inside a restaurant when a person walked up to one of the men in the group and started an argument, said Det. Brandt House with the Los Angeles County Sheriff’s Department.

A friend called Teopaco by phone to ask for help, and when Teopaco arrived shortly after 1 a.m., the gunman and others were leaving the parking lot, House said in an email.

As the group was driving away, a person inside the car shot Teopaco. He was taken to a hospital, where he was pronounced dead at 5 a.m., according to coroner’s records.

Sheriff’s detectives have identified the man suspected of shooting Teopaco as Boren Lay, 19, who is known to frequent the city of Long Beach. A warrant for Lay’s arrest has been issued.

Do you have information to share about the life of Timothy James Teopaco ? The Homicide Report needs your help. Please fill out this form or e-mail us at homicidereport@latimes.com.

Share a memory or thought about Timothy James Teopaco

Timothy James Teopaco was my first born, he was born in Anaheim he grew up in artesia n cerritos area, i miss my son very much his 2 yr old son kept asking (dadda?). What will i tell him? Nobody will know how much it hurts to loose a son until you've been there!!! Timmy will be 20 years old this January 11th. Its my sons anniversary today n his girlfriend, it would have been 5years...