Two men were convicted this week in the 2010 murder of a 27-year-old medical marijuana dispensary employee in Echo Park.

Daniel Deshawn Hinton, 31, and Raymond Lemone Easter, 27, were found guilty of first-degree murder and premeditated attempted murder, according to the L.A. County district attorney’s office.  The two also faced special circumstances charges of committing the murder during the course of a robbery. They could be sentenced to life in prison without the possibility of parole. 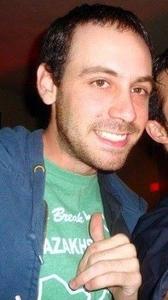 On June 24, 2010, Matthew Butcher was working at Higher Path Holistic Care about 4:15 p.m. when four people entered the facility. At gunpoint, they ordered Butcher and a security guard to lie face-down on the ground as they ransacked the dispensary for marijuana and money, according to an account given to police by the security guard, who survived.

Though Butcher and the security guard did not resist, the attackers shot them, then removed the videotape from the facility’s surveillance system.

Matthew Butcher's brother, Steven Butcher, 23, said that the trial was a difficult process for his family.

“It was tough being in the same room as those guys, looking at them” he said.

Steven Butcher attended most of the trial and heard testimony from the security guard, who was shot.

The man crawled through glass to get out of the store alive, he said.

“It forever changed our family,” Butcher said. “Things will never be the same.”

Hinton and Easter return to court for sentencing Jan. 10.

The Times has inquired about the status of other suspects. L.A. County District Attorney officials said they have no information on them and police officials have not yet responded.