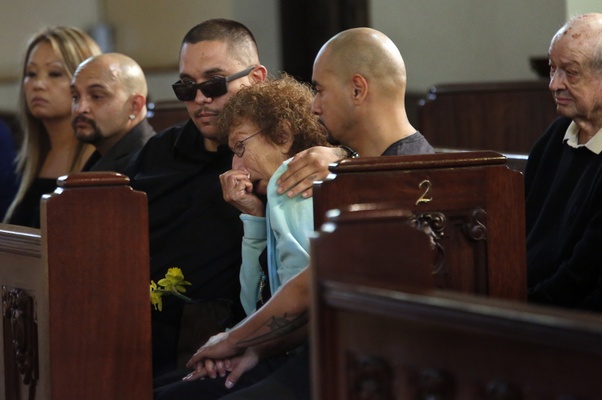 The mourning party was small by design Wednesday morning at Holy Family Catholic Church in South Pasadena. Only close friends and family had been invited to attend the funeral for Tyrone David Lopez.

In eulogies, Lopez, 40, was remembered for always having an open door for his friends. So his death -- shot in the head, according to L.A. County coroner’s records, and found by his mother in his bedroom at the Alhambra home they shared -- has left them uneasy.

“There’s a feeling that the killer could be someone we know or even someone that’s here,” Andrew Mares, 39, a friend since childhood, said after the service. “So there’s definitely a sense of caution.”

Alhambra police have not identified a suspect and are reviewing evidence. Lopez was pronounced dead at the scene at 6:38 p.m. Jan. 7 and was last seen alive the day before, according to coroner's records. A bullet casing was found in his room, but no weapon.

At the funeral, Mares and Paul Torres, another childhood friend, comforted Lopez’s mother, Rachel Hernandez. She discovered her son’s body when she came from work Jan. 7.

“Although David is gone, he is in a better place,” Father Denis Maher said during the funeral. “But don’t forget about Rachel, because she will still be going through the pain. David would want you all you check in on her.”

At Hernandez’s home after the service, she walked a few people through Lopez’s bedroom, pointing out pictures on the wall, standing unflinchingly on the bare patch of floor where carpet had been removed. 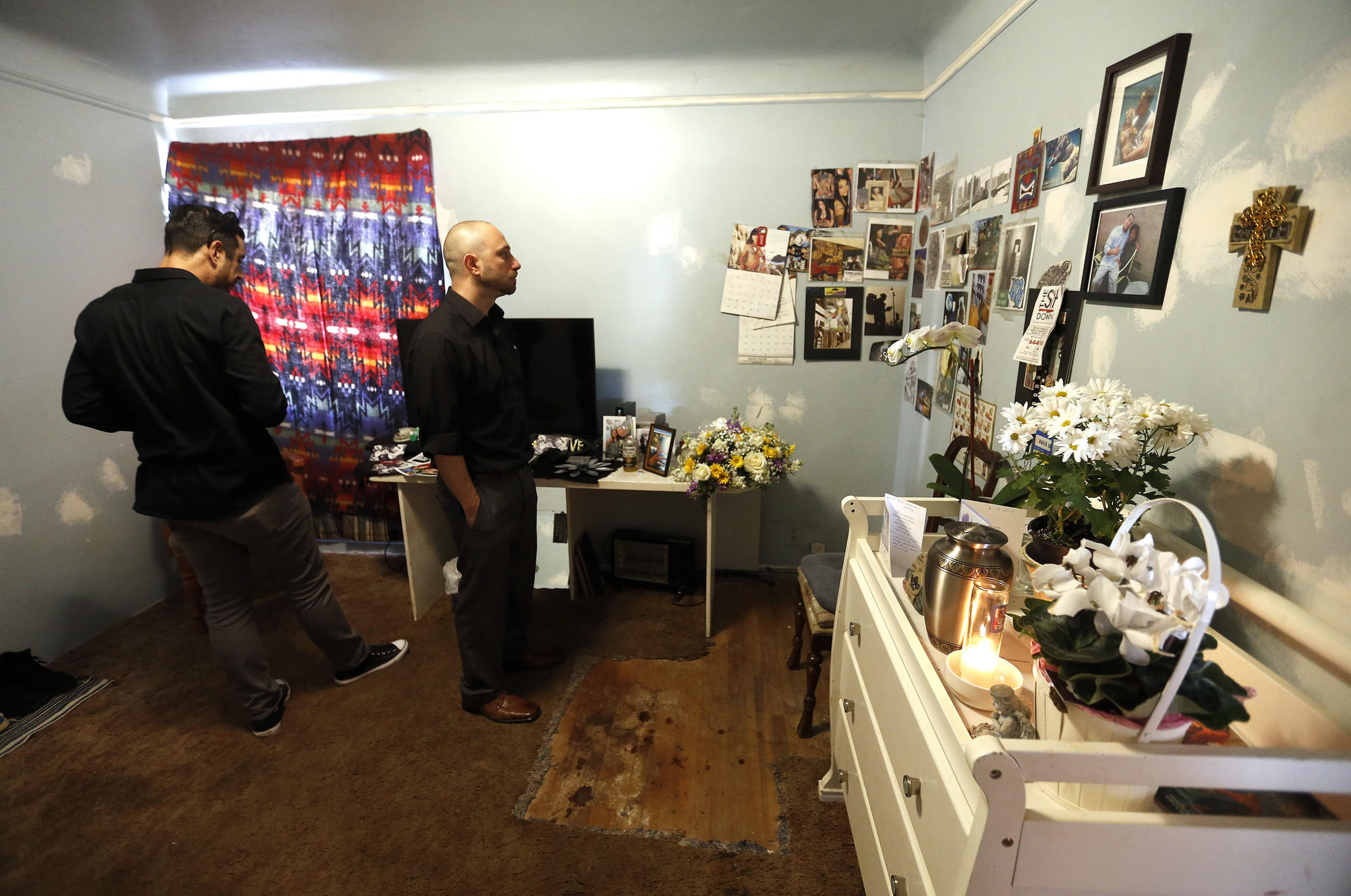 Hernandez later retreated outside to sit in a lawn chair and smoke. A procession of well-wishers went out to the yard to take her beer and promises of money and weekly visits.

“It’s good to be out here, just catching a short break,” she said. “Everything in that house reminds me of him.”

Lopez and Hernandez had always lived together. Hernandez spoiled her only child. As he grew older, he became accustomed to his mother’s care and never wanted to move. Hernandez, admittedly, also liked keeping her son close.

In recent years, Lopez worked at restaurant in North Hollywood. Hernandez, a hospice worker, would occasionally come home to find dinner waiting. He was a pretty good cook, she said.

“My son had a big heart. Sometimes that would lead him to be too trusting and often rely on other people to come through for him, but he had so many people around him that loved him,” Hernandez said, pointing out the crowd of people in her yard.

In the hours after the funeral, many people shared stories about how Lopez touched their lives. Former neighbor Ericka Natera, 30, remembered when she was using a wheelchair after a car crash. Lopez would help her around and even took her to a Dodgers game. Natera’s sister, Megan Magdaleno, 24, recalled when Lopez attended her college graduation.

Ernie Morales, 37, expressed remorse that he never got a chance to repair his relationship with Lopez. They’d had a falling out. Lopez had tried to apologize, but Morales said he let his pride get in the way.

“We were friends since high school, and now it stings that we ended on such bad terms,” Morales said. “To know that he died like this, and we never really made up, it really makes you think about what’s important.”