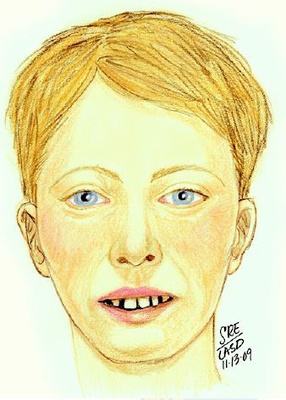 The woman was found Nov., 9, 2009, set ablaze in a Willowbrook alley. Jane Doe No. 77 was wrapped in a sheet and thrown into a black 50-gallon residential trash bin.

She is one of 16 homicide victims who will be buried in an unmarked grave along with 1,400 others Wednesday morning.

The men and women were cremated at the Los Angeles County Crematory in Boyle Heights in 2011 after their bodies weren't claimed. The county stores the ashes for about three years. The names of those cremated have been recorded by hand in ledgers since the early 1960s. The Times published a database of the unclaimed in November.

Those whose deaths were ruled homicides include three women and 13 men. Most were killed in 2011.

Three of the men were killed by law enforcement. David Phillip McMahon, 49, was shot by a Los Angeles police sergeant on Feb. 19, 2011, after running away from officers, then allegedly pointing a handgun at them. Three officers fired, and McMahon was pronounced dead at the scene, according to law enforcement.

Another Jane Doe’s charred remains were found off Interstate 5 on Oct. 11, 2010. Detectives could tell the body was a woman from remains of a jean jacket and a braid in her hair. She remained unidentified for nearly two years, until a DNA test confirmed that her name was Natasha Dionne Nelson-Washington. She was 44. Her family had filed a missing persons report after she failed to visit her daughter in Hawthorne.

Washington will be buried Wednesday. Her case remains unsolved.

Usually, there’s a sense of urgency to get the body out of the coroner’s office, said Sheriff’s Det. Louie Aguilera, who investigated the killing of Nelson-Washington.

“A lot of us try to work harder on those Jane and John Does,” Aguilera said. “You feel like you’re their advocate.”

In Jane Doe No. 77’s case, the detective sometimes wonders who she is.

“We checked through all the missing persons throughout the state,” said Sgt. Troy Ewing, who investigated the case.

Detectives have some clues to pursue. The department’s forensic artist made a reconstruction sketch that was released to the media.  The woman, who is believed to have been an adult, was naked and wrapped in a bed sheet.

She was white with brown hair, and weighed 117 pounds. She had a ring on her finger; her fingerprints had been burned off. Toxicology tests showed multiple drugs in her system.

“It would be nice if someone called,” Ewing said.

Though her ashes will be buried in a mass grave Wednesday, authorities have samples of her DNA, just in case a call comes through.

Nobody y choice is absolutely correct. I'm from a family where "family" doesn't mean anything. They just as quickly stab a relative in the back just because, then expect "family" to always be there for them.

May their souls rest in peace . Hope those responsible for these deaths face justice.

So sad! May they find rest and peace and a lot of kindness and love.

No we don't... That is just my point... As a society and as individuals we are perfectly entitled to walk past these people in the street as if they are worth nothing,,. If anything it is the done thing, we just avert our eyes...

I'm not saying you should take responsibility, I mean that it's sad that as a human race we can quite happily ignore these people...

I'm guilty myself... I care enough to write something on a blog, but not enough to actually try to do something,,,

I guess it just touched me that a human body can actually become almost refuse that is dumped in a pit because nobody wants it...

I wish peace for all the lost...

Nobody,
Now wait just a minute. How we treat those on the edge of society? Really? How about having people take responsibility for their life choices? People refuse every single day to take their meds and would rather live life on the streets. They choose to take the drugs that keep them on the streets. The choose to engage in activities that up's their chances of ending up in an unmarked grave buried by the government...they cut off ties with the family that made them be responsible and chose a life where they lived on the edge and yet as a whole we are supposed to take on the responsibility of where they ended up and how they got there?

It's how we treat the people on the edges of society that we will be judged...

In these cases I guess we all failed somehow...

Horrible to think that in the land of such opportunity you can still end up as a number in an unmarked grave...

May their souls rest in peace...