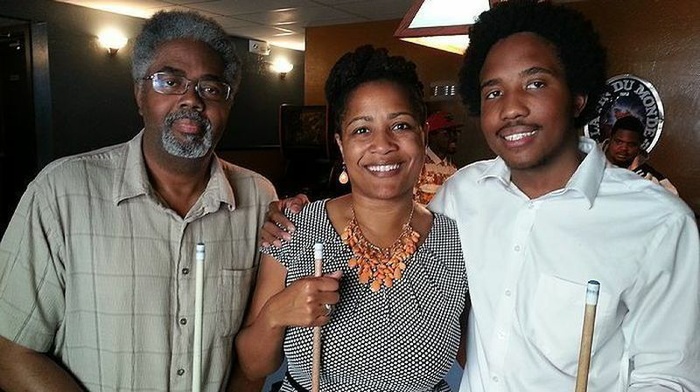 A suspected gang member has been charged in the killing of a USC student during an attempted robbery in March, the Los Angeles County district attorney’s office announced.

Ivan Hernandez, a 23-year-old Latino, has been charged with one count of murder, according to court records. The charge includes a special circumstance allegation that the crime occurred during the commission of a robbery and while Hernandez was an active participant in a street gang, the Ghetto Boyz, authorities said.

Hernandez, who also faces a count of attempted robbery, is accused of shooting and killing Victor McElhaney, 21, about a mile from campus on March 10.

McElhaney was a student of USC’s Thornton School of Music and the son of Oakland Councilwoman Lynette Gibson McElhaney.

“My husband and I want to express our gratitude to the public for their cooperation and to the LAPD for their diligent work to bring those responsible for Victor’s death to justice,” the councilwoman said in a statement. “But this gratitude brings little comfort. The young man arrested also represents a loss of life and human potential.”

Investigators said at the time that McElhaney and a group of his friends had walked from a nearby home to a strip-mall liquor store at Maple Avenue and Adams Boulevard at about 12:30 a.m.

A group of three or four men approached the students in the parking lot and demanded cash and other valuables, police said.

Detectives believe that McElhaney was shot when he objected to the robbery attempt. He was hospitalized in critical condition and died a couple of hours later.

His death, which took place just a month before his 22nd birthday, stunned the community.

Faculty remembered the jazz studies major as an extraordinarily talented drummer who was an active member of USC’s Center for Black Cultural and Student Affairs. He’d attended Cal State East Bay and worked as an instructor at Oakland Public Conservatory of Music before transferring to USC in the fall of 2017.

McElhaney’s mother said the tragedy should serve as a wake-up call for the state to examine the lack of opportunities available to young people and low-income families, as well as its relationship with the firearms lobby.

“Every day, dozens of Black people are murdered in the United States,” she said. “Most are young men who are killed by other young men who are neglected, miseducated, impoverished and desperate. This is the terrorism that we live with daily and our collective failure to address this is an international disgrace.”

A $75,000 reward had been offered — $50,000 by the Los Angeles City Council and $25,000 by the Los Angeles Board of Supervisors — for information leading to the arrest of those responsible for McElhaney’s death. It wasn’t immediately clear whether police were continuing to search for other suspects in connection with the crime.

Hernandez, of South Los Angeles, was arrested June 28 and is being held on $2-million bail, according to police records. He is expected to be arraigned Aug. 7.