When Paula Henderson’s son was killed one day before his 21st birthday in 2010, one of the most difficult aspects of her loss was to talk about what happened.

Three years later, she wants to help others who have lost a loved one.  Henderson, along with Bridgette Burns, who lost a nephew to gun violence, are starting an L.A. chapter of an organization called Mothers In Charge. 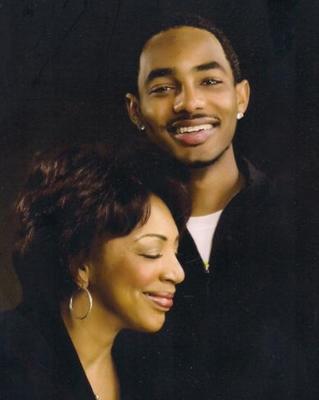 The group’s mission is violence education, prevention and intervention. The organization, which began in Pennsylvania, has several chapters around the country.

Henderson said the shootings and killings in some communities can be attributed to mental health issues that the children and families are suffering from.

She hopes to first provide resources for others and eventually reach out to children through mentoring.

“The murdering that’s going on is not normal,” she said. “It’s not a normal thing that a child would pick up a gun and kill another child.”

Henderson felt like she suffered silently after her son died in 2010 and said the loss is a pain that an entire family experiences.

“Every year that that child is missing from that family, that family suffers,” she said.

My son Leeban Adan was murdered, May 25, 2010. This Christmas is the seventh year for our family without Leeban. We are all still deeply hurt by his senseless murder. His daughter is turning age 7 in January. She never met her father but knows he was murdered. She ask me to tell her about her Daddy. I tell her that he loves her and is watching over her and keeping her safe. Sometimes she cries. NO CHILD should have to live with the traumatic loss of having a parent murdered. My son's case remains unsolved. Statistics show that almost 40% of homicide cases are unsolved in Los Angeles. With homicide being the leading cause of death for young men of color, this is a sobering statistic that must change. As a community we must not continue to tolerate violence in silence. If you any information on my son's case or any case please say something!!

In October 2013, me and several other woman began the Los Angeles Chapter of Mothers In Charge. Our mission is violence prevention, intervention and education. Mothers in Charge has been working in the community to support families and bring awareness to the issue of gun violence. On December 20, 2017, Mothers In Charge Los Angeles had our Holiday Open House at the Constituent Service Center in Los Angeles, CA. We had a great turn out for the event which included, entertainment, refreshments and toy give-away all provided through donations and volunteers. The evening ended with a Circle of Remembrance for loved ones who were victims of violent crime. Come join us for our monthly Healing Circle on the third Tuesday of the month at 8475 S. Vermont Ave, Los Angeles, CA @ 6:00 pm!! To learn more about Mothers In Charge go to our website at www.mothersinchargela.org or call us at 424-223-8008. You don't have to have loss a loved one to get involved!!

I have compassion for any one whose life is lost due to senseless violence. I can't begin to share all of what happened that night and why Leeban was also a victim of Reynolds who is currently serving 75 years in prison. Lee was my friend. He was killed because he was willing to testify against Reynolds. I think that was the right thing to do. We can't allow one incident to justify another. Reynolds, was clearly the person who killed Huell and he was also involved in the murder of Leeban. Reynolds was only out of prison for 3 weeks before he killed Huell. Lee barely knew Reynolds when he gave him a ride to a party. Reynolds attempted to kill another young man he said "snitched" on him and killed Huell. Reynolds has been institutionalized for most of his life, first in the foster care system and now in State prison, which is also a tragedy. You have two families whose loved ones have been murdered. I miss my friend Lee. I know if he had it all to do again he would have been more cautious. I am proud of his mother for honoring him. I am sure he is watching down on her.

I truly think that what she is doing is a very beautiful thing and I hope that it will help a lot of people. However I read up on her son's murder and He was involved in the murder of a girl at a nightclub. It wasn't clear whether He or his friend Reynolds pulled the trigger, but He was the one who drove the getaway car. No one deserves to be murdered and It's unfortunate that He lost his life this way, but it seems that his murder may be linked to the one He was involved in. It's sad.

i served in the us navy with leeban ... we were very close. i was devasted when i found out he was gone. still miss him very much. RIP little brother, see you again someday...

Mothers In Charge Los Angeles is a group of impassioned woman who are dedicated to violence prevention, education and intervention. We are wives, mothers, sisters, aunts, daughters, and grandmothers who have lost a loved one due to senseless violence.
We offer grief support and healing for families whose loved ones have been murdered. This tragic and senseless killing across our nation is not going to stop unless more people become involved Hope to see you at our next meeting.

For more information on Mothers In Charge National Office visit the website @ www.mothersincharge.org. The number for the Los Angeles Chapter is 424-223-8008.

Start removing the multigenerational gang families and their network of enablers from society, and you will see a huge decline in violence of all types.

Ditto with the "breeders" that have kids they cannot support and have no fathers.

This was a good article, but nothing has changed in LA.. its the same Vicious cycle. however, her son did not die to any gang violence.. To be shot in the head and then burned.. that's mafia related, his father said he was out here on business trip from Arizona.. I wonder if this was the business he was on? its sad situation.. Lose friends every year to shootings, never know who is next.

What a beatiful photograph of you and your son, Leeban. Thank you for Mothers in Charge. I am so sorry for your loss and I am glad that you have the strength to be a founder of this organization. May God bless you and your family and the the mothers who are and those that will become a part of Mothers in Charge. The violent death of a loved one is indeed a pain that lasts forever...