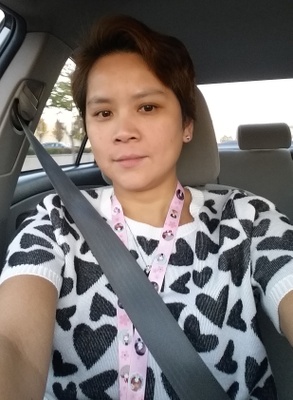 Xiuxia “Michelle” Chen, a 44-year-old Chinese woman, was shot and killed on Friday, July 2, in the 2700 block of Valley Boulevard in Alhambra, according to Los Angeles County coroner’s records.

A man came into the hotel office about 11 p.m. and tried to rob her, shooting her at least once in the torso, according to a Los Angeles County Sheriff’s Department news release.

A co-worker found Chen on the ground bleeding and called 911. Chen was pronounced dead at the scene at 11:34 p.m., according to coroner’s records.

Chen had worked at the hotel for six years and been the manager for two, Escandor said.  He’d tried to convince Chen to work an earlier shift, but his wife was content with the evening hours.

“She told me, ‘I don’t like the morning shift. There’s too much work to do in the morning.’ And when I asked her to quit she always said no. She wanted to work and she loved what she was doing,” Escandor said.

“She enjoyed helping people, and all the guests really loved her. She was a nice, kind, loving woman and that’s why her loss, for us, is really devastating.”

Chen had to work alone during the evenings, Escandor said, but there had never been a robbery or serious trouble before. “For the past six years every day I go to pick her up at 11:30, and the only thing I can recall happening is some  domestic violence from the guests.”

Chen grew up in Fujian, China, near Taiwan, and moved to Saipan to find work. That’s where she met Escandor in 1991. He had come from his home in the Philippines to be a supervisor in a garment factory, and she was a seamstress for the same company.

They began dating and were married in 1996. When the economy went bad in Saipan, they decided to move to Los Angeles, where Escandor had a friend who could help him get established.

They came with their son in 2001, and their daughter was born in 2005. She’s 11 now, and getting straight A's in school, Escandor said. He is a franchisee for Primetime Shuttle, and their 21-year-old son is stationed in San Diego with the U.S. Navy.

That shooting is particularly shocking, Escandor said, because his wife wasn't confrontational. “If somebody tries to yell at her or make trouble with her, she don’t know how to fight back," he said, "That’s what I don’t understand, why this perpetrator needed to shoot her.”

The hotel lobby has multiple surveillance cameras, Escandor said, so he is hopeful investigators will be able to get a good description of the shooter. And he’s given lots of interviews hoping someone will be moved to come forward with the shooter’s name.

“There’s just the three of us in our family now, and we’re trying to be strong,” he said.

“All I’m seeking from the public is justice, justice for her and her wrongful death. I hope someone in the public can help us. I can feel her beside me, and I know that’s what she wants.”

Photo of Xiuxia Chen provided by her husband.

Do you have information to share about the life of Xiuxia Chen ? The Homicide Report needs your help. Please fill out this form or e-mail us at homicidereport@latimes.com.

So sorry for your loss. She could have been any one of our mother/wife.