Do you have information to share about the life of Jonathan Lee Hoskins? The Homicide Report needs your help. Please fill out this form. 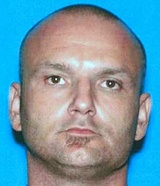 Richard Alan Wurtz, a 37-year-old white man, was shot and killed Friday, May 30, in the 21000 block of East Arrow Highway in Charter Oak, according to Los Angeles County coroner’s records.

Deputies responded to a call of shots fired in the area shortly after 11 a.m. and found Wurtz with a gunshot wound, said Lt. Dave Coleman with the Los Angeles County Sheriff’s Department.

Investigators later found that Wurtz went over to another person’s trailer to collect property and a dispute occurred, Coleman said.

Wurtz Tasered the other man, who shot him in return, Coleman said. Wurtz was pronounced dead at 11:47 a.m. at the scene, said Ed Winter, a spokesman with the coroner’s office.

The incident is still under investigation, Coleman said.

Do you have information to share about the life of Richard Alan Wurtz? The Homicide Report needs your help. Please fill out this form.

Christian Smith, a 19-year-old black man, was stabbed to death Saturday, May 28, in the 20000 block of Stephanie Drive in Charter Oak, according to Los Angeles County coroner's records.

“About 20 to 25 young adults were attending a party,” Hecht said. “At about 2 a.m., two men began arguing. The argument escalated into a fight and [Smith] was stabbed in the upper torso.”

Smith was taken to a hospital where he was pronounced dead, Hecht said.

Investigators were searching for the suspect, “who ran from the scene,” Hecht said. “The weapon has not been recovered.”

Do you have information to share about the life of Christian Ryan Smith? The Homicide Report needs your help. Please fill out this form.

Jacqueline Molina, a 33-year-old Latina, was killed by her boyfriend in an apparent murder-suicide Monday, Nov. 29, in the 5000 block of Jenifer Avenue in Charter Oak, according to Los Angeles County coroner's records.

Los Angeles County sheriff's deputies responded at 5:19 p.m. to a 911 call from a man who said he had received a disturbing phone call from an acquaintance who lived in Charter Oak, an unincorporated area near Covina.

"The male said he was sorry about what he had done and asked him to call police," said Los Angeles County Sheriff's Deputy Jeff Cannon.

When deputies went to the caller's home, no one answered and the front door was unlocked. They entered to find a Latino man and woman dead inside.

Coroner's officials have since identified the deceased couple as Guillermo Gamboa, a 41-year-old Latino, and Jacqueline Molina.

Do you have information to share about the life of Jacqueline Elizabeth Molina? The Homicide Report needs your help. Please fill out this form.

L.A. County Sheriff's Department officials said deputies from the San Dimas Sheriff's Station responded to a call about a fight. Deputies found Montes lying in the parking lot of an apartment complex. He had been stabbed multiple times, authorities said.  Paramedics were called but Montes died at the scene.  There was no description of a suspect.  Anyone with information should call sheriff's homicide bureau at (323) 890-5500.

Do you have information to share about the life of Frank Montes? The Homicide Report needs your help. Please fill out this form.

Do you have information to share about the life of Michael Lynn Brooks? The Homicide Report needs your help. Please fill out this form.