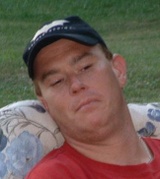 Robert Hendrix, a 38-year-old white man, was shot and killed Saturday, Dec. 10, in the 11900 block of West Trail Road in Lopez/Kagel Canyon, according to Los Angeles County coroner's records.

A neighbor heard gunshots inside the victim’s home and called 911 about 3:15 a.m. Hendrix was pronounced dead at the scene at 3:40 a.m.

According to coroner’s records, Hendrix died from multiple gunshot wounds.

Investigators are still seeking information and pursuing leads, Anderson said, and no arrests have been made.

Anyone with information about the shooting is asked to call Anderson at the sheriff’s homicide bureau at (323) 890-5500. Those wishing to remain anonymous can call Crime Stoppers at (800) 222-8477.

Correction: A previous version of this post said the killing was in Agua Dulce.