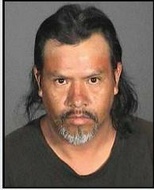 Fernando Martinez Alarcon, also known as Aurelio Morales Castro, a 45-year-old Latino, died on Friday, April 15, nearly a month after he was shot in the 14100 block of Panay Way in Marina Del Rey, according to Los Angeles County coroner’s records.

Witnesses told investigators that they saw Alarcon stagger away from a construction site about 12:15 p.m. on March 20, cross the street and then collapse into some bushes, said Los Angeles County Sheriff’s Lt. Eddie Hernandez.

Those witnesses also reported seeing a black vehicle speed away from the area, Hernandez said.

Alarcon was taken to the Ronald Reagan UCLA Medical Center where stayed until he was pronounced dead — he had multiple gunshot wounds to his upper torso — on April 15 at 4:42 p.m., according to coroner’s records.

Investigators don’t know much about Alarcon, except that he used ...

Do you have information to share about the life of Ruben Martinez Morales? The Homicide Report needs your help. Please fill out this form. 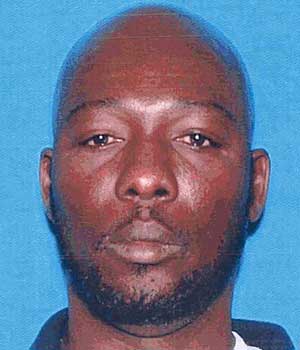 Patrick Addo Odoi-Kyene, a 47-year-old black man, was shot and killed Dec. 30 in the 4200 block of Via Marina Court in Marina Del Rey, according to Los Angeles County coroner’s records.

Odoi-Kyene was found in the early morning hours in a parking lot of an upscale apartment complex with multiple gunshot wounds, according to the Los Angeles County Sheriff’s Department.

Witnesses heard multiple gunshots and saw a man “wearing dark clothing and a dark hooded sweatshirt” running from the scene.

Odoi-Kyene was pronounced dead at the scene at 3:10 a.m., said Ed Winter, a spokesman with the coroner’s office.

In an email sent to residents of the Shores apartments, management identified Odoi-Kyene as a “courtesy patrol” team member.

Do you have information to share about the life of Patrick Addo Odoi-Kyene? The Homicide Report needs your help. Please fill out this form.

Mary Sternal, a 90-year-old white woman, was shot and killed Thursday, July 29, in the 14000 block of Palawan Way in Marina del Rey, according to Los Angeles County coroner's records.

Ed Winter, spokesman for the coroner's office, said a relative went to Sternal's home and found her shot.

Authorities were called and she was pronounced dead at the scene. Sternal had sustained a gunshot wound to the head, according to coroner's records.

It appeared the shooting was a murder-suicide, Winter said. He did not have any more information about the case.

The Times has contacted investigators to get more details about the incident and will provide an update as soon as possible.

Do you have information to share about the life of Mary Jane Sternal? The Homicide Report needs your help. Please fill out this form.