Officers from the Los Angeles Police Department’s Pacific Division went to an apartment for a welfare check on Vezich and found him bludgeoned to death inside his home, LAPD Det. Dave Vinton said.

Vezich was pronounced dead at 9:20 p.m. at the scene, according to coroner’s records.

Police think Vezich was killed on March 25. Personal items had been taken from his home, Vinton said.

Bryan Partida, a 21-year-old Latino, was arrested on suspicion of murder on April 10 in connection with Vezich’s death, according to online court records.

Partida was charged with one count of murder with the special circumstance allegation that the killing occurred during a burglary and robbery, according to the Los Angeles County district attorney’s …

Tina Marie Gatlin, 45, a black woman, was found shot to death in a car in the 11000 block of Vista Del Mar between the empty land owned by LAX and Dockweiler State beach at about 11:45 p.m. Tuesday, Dec. 11.

Two police officers driving by noticed her car parked on the roadside. They stopped to tell the driver to move the car, and found Gatlin dead, in the driver's seat, shot perhaps 30 minutes before.

Gatlin was a professional manager and a mother of three--one grown child and two minors. She was single, and lived in Watts--"a nice lady who never even got a traffic ticket," said Det. Mike DePasquale of LAPD's Pacific Division. She worked at a relatively high post in the local management ranks of Food-4-Less, roving from store to store. 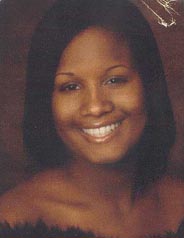 Nicole Harvey, a 21-year-old black woman, was found burned with possible gunshot injuries on a roadside in the 8100 block of Tuscany Avenue in the Playa del Rey area. Her time of death was listed as 2:15 p.m. Jan. 26. Anyone with information about the case is asked to call Dets. Brian Carr or Orlando Martinez at (213) 485-2129 during normal business hours.

Updated on Feb. 20: Authorities said today they are now offering a $50,000 reward for information in the investigation of the killing of college student Nicole Harvey on Jan. 26 . "She loved her job, her family, her church," Harvey's mother, Carmel Miller, told reporters at City Hall news conference. "I've hardly been able to sleep since this happened." New details of the case have been released, including that Harvey called in sick to work that day and that police believe she may …