Charles Edward Mondev, a 19-year-old white man, was shot and killed Sunday, Aug. 25, in the 900 block of Lincoln Boulevard in Santa Monica, according to Los Angeles County coroner’s records.

About 6:25 p.m., officers from the Santa Monica Police Department responded to an apartment after a report of a shooting, according to a news release from the department.

Police said that Mondev got into an argument with his brother, Christopher Michael Mondev, who pulled out a gun and shot Charles inside their home.

Charles Mondev was pronounced dead at 6:39 p.m. at the scene, coroner’s records show. His brother was taken into police custody at the scene.

Christopher Mondev has been charged with one count of murder with the allegation that he used a handgun to inflict bodily injury, according to the Los Angeles County district attorney’s office. He is due back in court Sept. 25.

Sharon Fader, a 75-year-old white woman, was pronounced dead Thursday, Jan. 24, after she was stabbed in the 1200 block of Sunset Avenue in Santa Monica, according to Los Angeles County coroner’s records.

Shortly before 6:30 a.m., officers from the Santa Monica Police Department responded to a call of a man requesting assistance, according to a news release from the department.

Police found three adults – two men and Fader – suffering from stab wounds. Fader was pronounced dead at the scene at 6:45 a.m., according to coroner’s records.

The two men were taken to a hospital to be treated for their stab wounds, police said.

The men were later identified as Howard Fader, 82, and Stephen Lloyd Fader, 42, according to the Los Angeles County district attorney’s office.

Prosecutors said that Stephen Fader stabbed his mother and father multiple times on or between Jan. 23 and 24.

At 8:12 p.m., officers from the Santa Monica Police Department responded to a call reporting an assault with a deadly weapon at Tongva Park, according to a news release from the department.

Officers found Perrine on a park bench with a stab wound and saw another man running away, police said. Perrine was taken to a hospital, where he was pronounced dead at 11:16 p.m., according to coroner’s records. The man fleeing the scene was detained.

Records show that Perrine was stabbed once and died in surgery.

The man fleeing was identified as Joseph Ramirez Perez, a 21-year-old Latino, and arrested on suspicion of murder, police said.

Detectives believe that Perrine was sleeping on the park bench before he was stabbed. …

Justin Patrick Lee, a 41-year-old white male, died Friday, July 6, after being stabbed near the 1300 block of 23rd Street in Santa Monica, according to Los Angeles County Medical Examiner-Coroner's records.

A neighbor called Santa Monica Police about 1 p.m. and said Hautz appeared to be unconscious in his home. Officers found Hautz with multiple injuries as well as a rope around his body, according to a police department news release.

Hautz was pronounced dead at the scene at 1:15 p.m., according to coroner’s records. Inside the house, police discovered an opened bedroom window with the screen removed.

About 1 a.m., Santa Monica police responded to a call about a shooting in the area, according to Lt. Saul Rodriguez. Upon arriving, officers found De La Cruz and three others on a party bus with several gunshot wounds.

The driver of the bus drove the vehicle to the hospital, where De La Cruz later died at 1:45 a.m, according to coroner’s records. One person was treated at the scene while two victims were taken to a hospital and listed in good condition before being released, police said.

About 6:30 p.m., Santa Monica police received multiple calls about a shooting, according to a news release. Upon arriving, officers found Chan suffering from multiple gunshot wounds. Chan was transported to a hospital, where he died at 7:16 p.m., according to coroner’s records.

As officers searched the area near 3rd Street and Hollister Avenue, they found Christopher Charles Davis, 46, who matched the description of the shooter. Davis had a handgun and pointed the weapon at police, authorities said.

Several other officers arrived and confronted Davis, which led to an exchange of gunfire. Davis was struck and taken into custody. He later was transported to a hospital, where was treated for his wounds, police said. 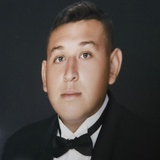 Juan Sebastian Castillo, an 18-year-old Latino, was found shot to death Sunday, Feb. 26 in Santa Monica, according to coroner’s records.

About 5 a.m., Santa Monica police responded to a call about an unconscious man on the ground in the 1300 block of 16th Street near UCLA Medical Center, Santa Monica Police Lt. Saul Rodriguez said. Officers found Castillo with a gunshot wound to the head, and he was pronounced dead at 5:18 a.m., according to coroner’s records.

Detectives believe Castillo's body was dumped at the scene and are still trying to determine where he was shot. Officers are investigating whether Castillo's death is linked to a report of a shooting about 12:45 a.m., when police found evidence of gunfire in the 2100 block of Pico Boulevard, Rodriguez said.

“We have not made that link yet, but we have not ruled it out at this point,” Rodriguez said. “Beyond that, we …