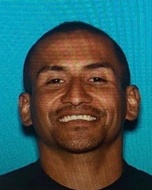 About 6:30 a.m., Hernandez was sleeping behind a bus bench in the area when a person walked up and stabbed him "without provocation" more than a dozen times, said Los Angeles Police Det. James Fillmore.

An item was taken from Hernandez, but police have not figured out what it was, Fillmore said.

The assailant, who was wearing a mask, black clothing and a white hooded sweatshirt, ran west on Saticoy Street, police said.

Hernandez, who was pronounced dead at the scene, was known in the area, and was "well liked," Fillmore said.

Oganes Kalpakchyan, a 42-year-old white male, died Tuesday, May 15, after being shot in Sun Valley, according to Los Angeles County coroner's records.

Sebastian Perez, a 31-year-old Latino, was pronounced dead on Friday, Dec. 15, after he was shot in the 11900 block of Allegheny Street in Sun Valley, according to Los Angeles County coroner’s records.

Perez was a homeless man who lived under a tarp at the back edge of a large residential property, said Los Angeles Police Valley Bureau Homicide Det. Dave Peteque.

The rear yard of the property is being rented to a roofing company to store its trucks, Peteque said. A worker was getting into his truck when he spotted Perez shortly after 7 a.m.

Perez was pronounced dead at the scene at 7:20 a.m., according to coroner’s records.

Investigators don’t know whether Perez was shot that morning or the night before. He had been living on the property for a few months, Peteque said.

“No one knew him by name,” the detective said. “The owners [of the property] had … 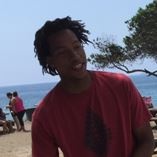 Frank Serafin, a 24-year-old Latino, was shot and killed Friday March 24 in the 7300 block of Hinds Avenue in the Sun Valley area of North Hollywood, according to Los Angeles County coroner’s records.

About 9 p.m., Serafin and a friend went to a liquor store and came back to an apartment, said Los Angeles Police Det. John Doerbecker.

The two were hanging out when, during the exchange of a handgun, the weapon discharged, striking Serafin, Doerbecker said. Police called the incident “tragic” and said it was accidental.

Serafin was pronounced dead at the scene at 9:21 p.m., according to coroner’s records.

Alan Pineda, a 27-year-old Latino, has been charged with one count of involuntary manslaughter, according to Greg Risling, a spokesman for the Los Angeles County District Attorney’s office.

Pineda pleaded not guilty March 28 and is due back in court April 14, Risling said.

Anyone with information can …