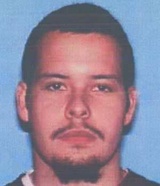 Adrian Gustavo Solis, 35, was shot and killed by a police officer Thursday, March 26, in the 1500 block of Bayview Avenue in Wilmington, according to Los Angeles County coroner’s reports.

Los Angeles Police patrol officers came to Solis’ house about 9:25 a.m. after receiving a report about a suicidal man who was cutting himself and had a belt around his neck, according to an LAPD news release.

The officers met Solis’ mother outside, who told them her son was lying on the kitchen floor bleeding profusely from a deep cut to his neck,

The officers went inside to help Solis while waiting for paramedics. When the ambulance arrived, one of the officers walked outside to tell the paramedics to bring a gurney, according to the report.

Solis allegedly suddenly jumped to his feet, grabbed two kitchen knives off the counter and walked toward the officer who had remained with him, investigators said.

The remaining officer went outside to warn his partner and paramedics that Solis was armed with the knives, according to the report. Solis allegedly continued to advance and then charged at the officer.

Paramedics immediately tried to help Solis, but he was pronounced dead at the scene at 9:35 a.m., with multiple gunshot wounds, according to the coroner's report.

Do you have information to share about the life of Adrian Gustavo Solis ? The Homicide Report needs your help. Please fill out this form or e-mail us at homicidereport@latimes.com.

Share a memory or thought about Adrian Gustavo Solis

@NonNativeLA I do have to say how reassuring it is to hear that it was an officer related shooting. I for one am not afraid of the cops for simple reasons. I obey the law and if an officer stops me or questions me for any reason I comply.

Well, I was raised in Wilmington since 12 years old. I had seen how drasticallyWilmington has changed in my 60 years old now. Sad that alot of my school friends are gone, and some are still around. Again. Most of their passings was from drug overdoses or alcohol. I wish that people our age with adult children. Can be more helpful with their children to keep them off the street and banging and breaking the law. Drug abusing as well. The parks use to be a wonderful place to take your kids. Now it's the most scariest place. With all the Meth heads sleeping on the benches and public bathrooms are used for sexual acts and shooting up drugs. Homeless are living in the parks just waiting for someone to steal from our chase out. I'm so sorry this town is deep into real walking dead people. Yes, I wish there was more Law Enforcements to help clean this hot mess. I can understand why they are so edgy to work and serve our communities. Who can they trust anymore. Not even a call can be trusted. Any nut case can be waiting for a free ticket out.

It’s almost like you are saying noncompliance justifies death? But really, if the guy was bleeding profusely how much of a threat was he really? Of course, it is possible now that I think of it was suicide by cop. Seems though, they were all to willing to play along rather than think about other ways to disarm a seriously injured man with disabling methods like teasers or real bullets to the legs or ankles

NonNative,
Well thank you for not visiting. Now for the officer involved shooting: When people comply the shootings will go down. You and only you are in control of the outcome 99% of the time. Comply...why is that concept so difficult for some people to understand? Oh and when was the last time a truly innocent was involved in an officer involved shooting?

I usually visit The homicide Report about every 4 or 5 months, and I have to say it's alarming to read the severe increase in Officer- related shootings. Five of the eight deaths I have just read are Officers killing someone at a call they are responding too. What the hell is going on with Law Enforcement out there in Southern California?! I've never read such madness in my life!! I will never visit L. A. After reading this non-sense.