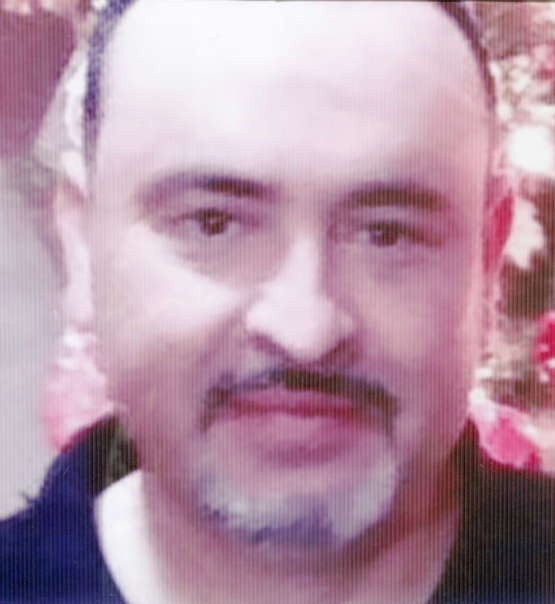 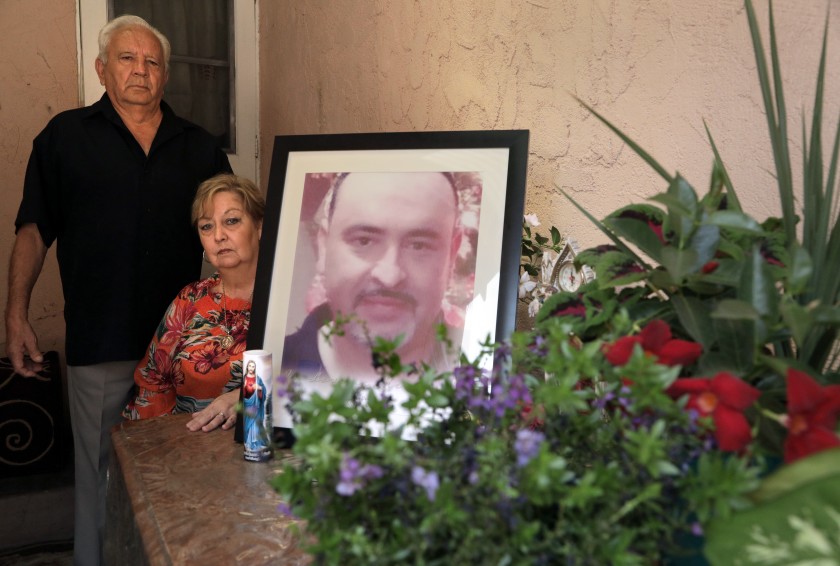 Briceno's mother, Blanca Briceno, said she called authorities that day to help her son, who was in the midst of a mental health crisis.

“We called them to come and help us, to get some help,” Blanca Briceno said, choking up during an interview at her Maywood home. “And instead, they came and killed him, brutally killed him.”

In an autopsy report obtained by The Times, coroner's officials concluded that Briceno died of cardiopulmonary arrest, resulting from neck compression and restraint with a Taser.

The death was ruled a homicide, but the designation doesn't mean it was intentional or a crime.

The Briceno family last month filed a wrongful death claim, a precursor to a lawsuit, against the L.A. County Sheriff's Department and is calling for prosecutors to charge the deputies involved.

The Sheriff’s Department declined to comment, citing an ongoing investigation into the incident. Sheriff’s investigators have not yet presented a case to prosecutors, who will review the materials and decide whether deputies committed a crime, the district attorney’s office said.

That day, the claim said, Eric had an altercation with his father and left the home as his parents called 911. Deputies arrived and told the parents to call them back when their son returned, which they did.

Eric Briceno — 6 feet tall and weighing nearly 300 pounds, records show — was in his room sleeping when deputies arrived, his mother said. She said she told deputies she would call him out of his bedroom, because she didn’t want the deputies to go in. They went in anyway, she said, startling her son.

Blanca Briceno said the deputies began beating Eric without provocation, kneeling on his back and hitting him with a baton.

“They went, ‘Eric, Eric!’ So he got scared,” his mother said. “He wasn’t doing anything; he wasn’t aggressive, nothing.”

One deputy fired a Taser, striking him, and another discharged pepper spray in the room. Meanwhile, Eric cried out that he could not breathe, his mother and the claim say.

Blanca Briceno said she pleaded for the deputies to stop. When she took out her phone to record, she said, a deputy took it away, telling her she couldn’t speak to anyone because they might persuade her to change her story. She was pushed out of the room and into a cabinet, the claim said.

Eric Briceno was punched, pepper-sprayed and shot with a Taser seven or eight times, the autopsy report said.

Deputies reported that before being transported to the hospital, Briceno had turned blue, according to the autopsy report. Medical examiners found methamphetamine in his system, which contributed to but was not the immediate cause of his death.

Samuel Paz, an attorney representing the Briceno family, said he reviewed hospital records and those of emergency responders, and it doesn’t appear that members of the sheriff’s Mental Evaluation Team responded to the incident.

As Eric Briceno was taken to the hospital, deputies took his parents to the East L.A. station, where they were questioned by investigators; neither knew whether their son was still alive. After the interview, the Bricenos said, investigators returned and told them: We have some bad news — he didn’t make it.

Paz said Eric Briceno was declared dead within eight minutes of arriving at the hospital.

In a letter dated a month after the incident, the district attorney’s office expressed condolences to the Bricenos for their loss. The letter used language that the Bricenos felt added insult to injury, referencing prosecutors’ review of “the shooting.”

“There was no shooting,” Blanca Briceno said. “There’s a lot of people like this … screaming for help. And they deserve to live and get the help they need. My son didn’t deserve this.”

Photo: Juan and Blanca Briceno created a shrine for their son Eric Briceno, who was killed in March during what deputies said was a mental health call. Credit: Myung J. Chun / Los Angeles Times

Share a memory or thought about Eric Esteban Briceno

Eric was brutally killed by the hands of the East Los Angeles Sheriff Dept.