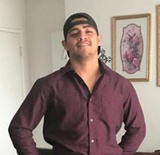 Fabian Nunez, a 17-year-old Latino teenager, was shot and killed Tuesday, June 6, in the 900 block of West I Street in Wilmington, according to Los Angeles County coroner’s records.

Fabian and three friends had just returned from the beach about 12:30 a.m. and parked down the street from his home. The group was walking when a vehicle drove by and slowed before taking off again, Los Angeles Police Officer Jeff Tiffin said.

The group began to pick up its pace, then the car pulled up again and stopped in an alley.

A man wearing dark clothing got out, walked toward Fabian, who was behind his friends, and began shooting. Fabian, who was on the sidewalk, tried to run away. He collapsed in the driveway of a nearby duplex, and the shooter got back into the vehicle and fled, police said.

Fabian was taken to a hospital, where he was pronounced dead at 1:09 a.m., according to coroner’s records.

Detectives said Wednesday they’re trying to narrow a vehicle description and are looking into why someone would want to shoot Fabian. It’s unclear whether the shooting was related to gang activity in the neighborhood because the area had recently “been kind of quiet,” Tiffin said.

Fabian was days away from graduating from high school, and friends and family said he was not involved with gangs.

Do you have information to share about the life of Fabian Nunez ? The Homicide Report needs your help. Please fill out this form or e-mail us at homicidereport@latimes.com.

Such A Handsome Boy, So Sad We Have To See Them Go So Young & In Such an Unfair Way.

Fabian was one of my students at Wilmington Middle School. I was not the only teacher working with him then, we watched him go from a struggling student to a confident young man thinking about his educational choices after high school! He was on the educational track that all teachers hope for their students and I am proud to have known him and know that his successful decisions had not changed. I think Fabian will become like the birds he loved so much as an angel who rescues other students and guides them to success reminding them to never give up!